Three brothers and their father gather for Christmas to drink eggnog, play video games, and wrestle. But when one brother seems to buckle under the pressures of achievement, it becomes clear that these men are wrestling with something larger than each other. From one of the most daring writers in America comes a razor-sharp comedy that confronts the complexities of identity and hypocrisies of privilege.

Runtime: 1 hour and 25 minutes with no intermission. 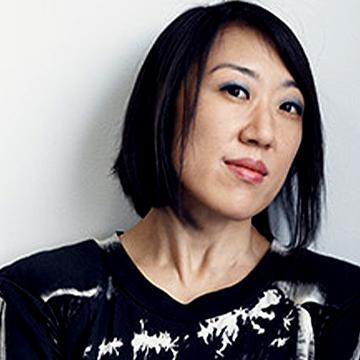 Young Jean Lee was named by American Theatre magazine as one of the 25 artist who will shape the American theater over the next 25 years. She was born in Korea in 1974 and moved to the United States when she was two years old. She grew up in Pullman, WA and attended college at UC Berkeley, where she majored in English. Immediately after college, she entered Berkeley’s English PhD program, where she studied Shakespeare for six years before moving to New York to become a playwright in 2002. Since then, she has directed her plays at Soho Rep (Lear; The Appeal), The Kitchen (The Shipment), The Public Theater (Church), P.S. 122 (Church; Pullman, WA), HERE Arts Center (Songs of the Dragons Flying to Heaven), and the Ontological-Hysteric Theater (Groundwork of the Metaphysics of Morals). She has worked with Radiohole and the National Theater of the United States of America. She is a member of New Dramatists and 13P, has done residencies at Yaddo, the MacDowell Colony, the Ucross Foundation, and Hedgebrook, and has an MFA from Mac Wellman's playwriting program at Brooklyn College.

She has been called “a rising star” by the New York Times and “one of the best experimental playwrights in America” by Time Out New York. Her plays have been published in New Downtown Now (an anthology edited by Mac Wellman and herself), in Three Plays by Young Jean Lee, American Theatre magazine, a collection of all of her plays entitled Songs of the Dragons Flying to Heaven and Other Plays. She is the recipient of a 2005 Foundation for Contemporary Arts Individual Artist Grant, a 2007 Emerging Playwright OBIE Award, the 2007 Festival Prize of the Zuercher Theater Spektakel, a 2009 Creative Capital Grant, and a 2010 Prize in Literature from the American Academy of Arts and Letters. 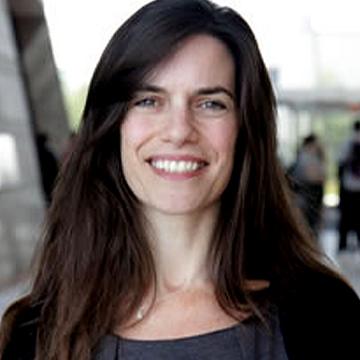 Shana Cooper is a company member at Woolly Mammoth where directing credits include The Nether. Other directing credits include The Unfortunates at American Conservatory Theatre; American Night, Romeo and Juliet at Yale Repertory Theatre; Love's Labor's Lost at Oregon Shakespeare Festival; Venus In Fur at Seattle Repertory Theatre and Arizona Theatre Company; The Taming of the Shrew and A Midsummer Night's Dream at California Shakespeare Theatre; and The Whale Play and Twelfth Night Parking Lot Project at New Theater House. Ms. Cooper has served as the Associate Artistic Director of the California Shakespeare Theatre (2000-2004) and is a cofounder of New Theater House with fellow Yale School of Drama alumni (2008-present), a Drama League Directing Fellow, and OSF Phil Killian Directing Fellow. She has received a Leadership U Grant, funded by the Mellon Foundation and administered by TCG, Princess Grace Award, and Julian M. Kaufman Memorial Prize in Directing. Ms. Cooper earned her MFA at the Yale School of Drama. Her upcoming projects include HIR by Taylor Mac at Woolly and Julius Caesar at OSF. 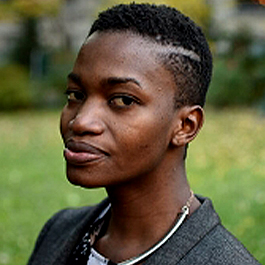 Jeymee Semiti grew up performing on stage in high school and college musical productions such as Annie, Lion King, Oliver Twist, The King and I, Anything Goes, Sweet Charity, and Hello Dolly. At Principia College in Illinois, she was the recipient of the Dance Excellence Award, and at Claremont Fan Court School in the UK, the recipient of the Drama and Art Awards. As an aspiring human rights activist she is assisting with the historic US Trans Survey Project launching at the end of this year.  Ms. Semiti continues exploring her professional niches in advocacy while cultivating her lifelong passion for modeling and the performing arts. 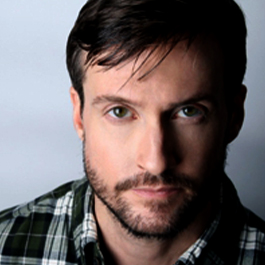 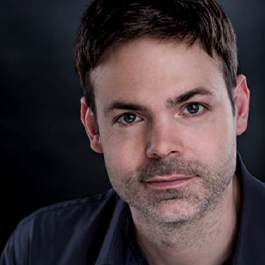 Avery Clark returns to Studio after appearing in Moment and Hedda Gabler last season. Locally he has performed in Measure for Measure, The Tempest, and A Midsummer Night’s Dream at Shakespeare Theatre Company.  New York and regional credits include Romeo & Juliet, Cymbeline, and The Count of Monte Cristo at Alabama Shakespeare Festival; Arcadia and the original cast of Coronado (written by Dennis Lehane, Invisible City); The Pillowman at APAC; A Christmas Carol at Cincinnati Playhouse; Hamlet, Henry V, and The 39 Steps at Arkansas Repertory Theatre; Journey’s End at Alley Theatre; The Heidi Chronicles at Repertory Theatre of St. Louis; A Midsummer Night’s Dream at Pennsylvania Shakespeare Festival; Three Days of Rain at Oldcastle Theatre Company; and The Shape of Things at Premiere Stages.  Television credits include Guiding Light on CBS and American Genius on National Geographic. 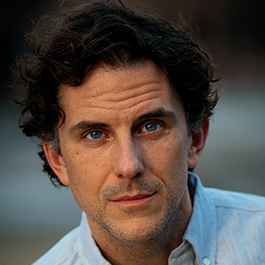 Michael Tisdale’s New York credits include Photograph 51 at Ensemble Studio Theatre; The Private Lives of Eskimos at The Committee; Waste at Theatre for a New Audience; and Never the Sinner at The Houseman. Regional credits include Venus in Fur at Seattle Repertory Theatre and at Arizona Theatre Company; All My Sons at The Huntington; Camille at Bard Summer Stage; The Glass Menagerie at Actors Theatre of Louisville; Fraulein Else at Berkeley Repertory Theatre, La Jolla Playhouse, Long Wharf Theatre, and McCarter Theatre; and Romeo & Juliet at The Ahmanson. Film and television credits include Unforgettable, Law & Order, Third Watch, Freedom, and After You Left. As a playwright, Mr. Tisdale’s works have been developed and/or produced by Atlantic Theater Company, New York University, Hartford Stage, Lincoln Center Theatre Directors’ Lab, American Theatre Company in Chicago, New York Theatre Workshop, and Cleveland Public Theatre. His award-winning short films have appeared in over forty festivals around the world including Sundance, Beloit, San Paolo, Nashville, Heartland, and Cleveland International. He is also a Fox Fellow and 2011 recipient of the Charles Bowden Award for continued excellence in New York Theatre, and a 2014 O’Neill Semi-Finalist. Mr. Tisdale is currently a playwright at the University of Iowa’s Writers Workshop. 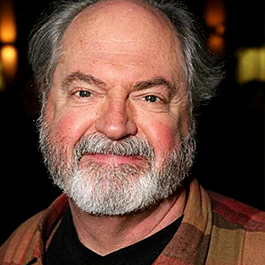 Michael Winters makes his Studio Theatre debut in Straight White Men. He has been seen at Seattle Repertory Theatre, American Conservatory Theatre in San Francisco, Mark Taper Forum in Los Angeles, Denver Center Theatre Company, Oregon Shakespeare Festival, as well as Seattle, California, and Colorado Shakespeare Companies. He has also appeared with Berkeley Repertory Theatre, Arizona Theatre Company, A Contemporary Theatre, and Intiman Theatre in Seattle, among others. He spent ten years acting, teaching, and directing at Pacific Conservatory for the Performing Arts in Santa Maria, California. Mr. Winters was also on Gilmore Girls for seven seasons. He is a graduate of Northwestern University and the recipient of a Fox Fellowship.

Jiyoun Chang returns to Studio Theatre after previously designing Straight White Men. Chang is the recipient of the OBIE award special citation in lighting design for The World is Round at Ripe Time. Her New York credits include Plot Points in Our Sexual Development and Brownsville Song (“b-side for tray”) at LCT3; Slave Play, Sojourner, and HerPortmanteau at NYTW; Too Heavy For Your Pocket and Ugly Lies The Bone at Roundabout Underground; Sleep and Goldberg’s Variation at BAM Next Wave; The Dance and the Railroad at Signature Theatre; Sojourners at Playwrights Realm; T. 1912 and Peter and the Wolf at Guggenheim Museum; and Light Within at Carnegie Hall. Chang’s other credits include The War of the Roses at Cal Shakes, The Parchman Hour at Guthrie Theatre, tokyo fish story at Old Globe, An Octoroon and Aubergine at Berkeley Repertory Theatre, The Unfortunates and Troilus and Cressida at Oregon Shakespeare Festival. She holds an MFA from the Yale School of Drama.

Helen Huang designs her 29th production at Studio with White Pearl. Her regional credits include Alice in Wonderland at Oregon Shakespeare Festival; The Great Leap at Guthrie Theater; Matilda the Musical at The Children’s Theatre, Minneapolis; and Miss Bennet and Christmas at Pemberley at Cincinnati Playhouse in the Park. DC area credits include JQA at Arena Stage; A Doll’s House, Part 2 at Roundhouse; Fences at Ford’s Theatre; Me…Jane at The Kennedy Center; and Fickle: A Fancy French Farce at Olney Theatre Center. She has received a Helen Hayes Award and an Ivey Award. Helen is a professor of MFA Costume Design at University of Maryland, College Park.

Kenny Neal returns to Studio for Straight White Men after having designed Jumpers for Goalposts and Choir Boy. Other credits include The Gulf for Signature Theatre; Floyd Collins, Old Wicked Songs (2016 Helen Hayes nomination for Sound Design), and Bat Boy for 1st Stage; Cancun for GALA Hispanic Theatre; Caesar & DADA for WSC Avant Bard; Over Her Dead Body, The Last Burlesque, and Bondage for Pinky Swear Productions; Cherry Smoke for Round House Theatre; and Happiness (and Other Reasons To Die) for The Welders. He regularly designs for Adventure Theatre MTC, The Smithsonian’s Discovery Theater, Signature in the Schools, Georgetown University, and American University.

Adrien-Alice Hansel is the Literary Director at Studio, where she has dramaturged the world premieres of  Queen of Basel, The Remains, No Sisters, I Wanna Fucking Tear You Apart, Animal, Laugh, Red Speedo, Dirt, Lungs, and The History of Kisses as well as productions of Cry It Out,Translations, Curve of Departure, The Effect, Wig Out!, Straight White Men, Cloud 9, Hedda Gabler, Constellations, Jumpers for Goalposts, Bad Jews (twice), The Apple Family Plays, Invisible Man, Sucker Punch, The Golden Dragon, and The New Electric Ballroom, among others. Prior to joining Studio, she spent eight seasons at the Actors Theatre of Louisville, where she headed the literary department and coordinated project scouting, selection, and development for the Humana Festival of New American Plays. She also served as production dramaturg on roughly 50 new, contemporary, and classic plays there, including premieres by Naomi Wallace, Gina Gionfriddo, Kirk Lynn and Rude Mechs, Rinne Groff, The Civilians, Anne Bogart and SITI Company, Jordan Harrison, and John Belluso. She is the co-editor of eight anthologies of plays from Actors Theatre and editor of eight editions of plays through Studio. Adrien-Alice holds an MFA from the Yale School of Drama.

Victoria Gruenberg has previously appeared at Studio assisting Michael Kahn on Cloud 9, Shana Cooper on Straight White Men, Matt Torney on The Hard Problem, and Jackson Gay on Three Sisters. Princeton main stage directing credits include Anouilh’s Antigone, Annika Bennett’s Spackle, and Johnna Adams’ Gidion’s Knot. Main stage acting credits include Cloud 9; Uncle Vanya; Kiss Me, Kate; and Sunday in the Park with George. She has worked under John Rando, John Doyle, and Tim Vasen, as well as several South African directors during her time with ASSITEJ South Africa and Cape Town Edge. Ms. Gruenberg is a recipient of the Frances LeMoyne Page Prize for Outstanding Achievement in the Creative Arts, and a recent graduate of Princton University's English and Theatre programs. 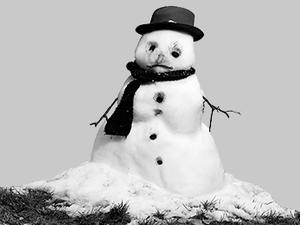 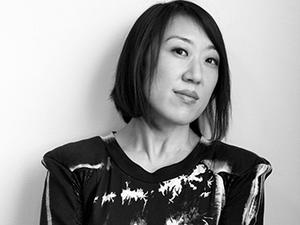 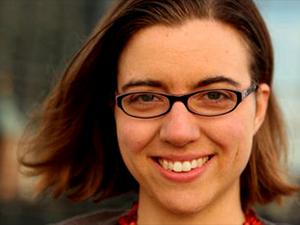 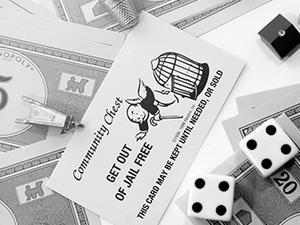 Social Privilege: The Flipside of Oppression