The Studio Cabinet is the Theatre’s affiliated artist program, a group of select artists from different disciplines—directors, designers, actors, playwrights—who are in regular conversation with Artistic Director David Muse as he develops future seasons. 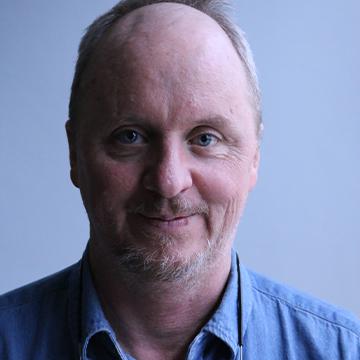 Brian MacDevitt directed Between Riverside and Crazy for Studio Theatre, where he designed lighting for Sucker Punch and The Real Thing, and he served as the Production Designer for Murder Ballad. His recent directing credits include Proof at Theater Three in New York and Spring Awakening at The Clarice Smith Center. Other directing credits include Joyce Soho and readings at New York Stage and Film and Naked Angels. He has designed lighting for close to 70 shows on Broadway, including Larry David’s A Fish in the Dark, A Delicate Balance with Glenn Close, and This is Our Youth by Kenneth Lonergan. Other Broadway credits include Death of a Salesman starring Philip Seymour Hoffman and directed by Mike Nichols; The Book of Mormon (Tony Award), The Coast of Utopia, Joe Turner’s Come and Gone, Frankie and Johnny in the Clair de Lune, Fences, A Behanding in Spokane, Race, The Pillowman, Urinetown, and Into the Woods. He is the recipient of five Tony Awards, an Obie Award for Sustained Excellence, a Bessie Award, Lucille Lortel Award, Outer Critics Circle Award, the Hewes Award, and a Drama Desk Award. He designed lights for dance productions with The Joffrey Ballet, American Ballet Theater, Tere O’Connor Dance, Merce Cunningham, Lar Lubovitch, Nancy Bannon, and many others. His designs for the Metropolitan Opera include The Enchanted Island, Le Compte Ory, and Doctor Atomic. He is on the faculty of University of Maryland and is a member of the Naked Angels Theater Company. (As of April 2015) 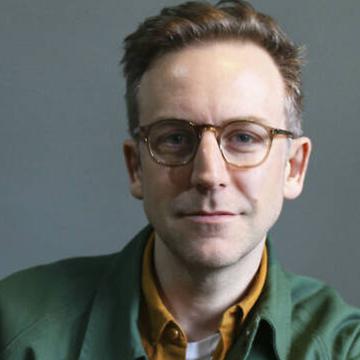 Duncan Macmillan’s play Lungs had its world premiere at Studio Theatre, and he directed the US premiere of Mike Bartlett’s Contractions at Studio. His work has been performed throughout the world, including at the National Theatre, the Old Vic, the Royal Court, Almeida, Barbican, St Ann’s Warehouse, BAM, Barrow Street Theater, Melbourne Theatre Company, Berliner Ensemble, Hamburg Schauspielhaus, Schauspielhaus Köln, Burgtheater Vienna, Vesturport, Kansallisteatteri, Nationaltheatret Oslo and in the repertory of the Schaubühne Berlin, as well as the Edinburgh Festival, the Manchester International Festival, Salzburg Festival, Festival d’Avignon and Theatertreffen, in the West End and on Broadway. He has collaborated with orchestras and DJs and co-written a book on climate science. His plays include Lungs; People, Places and Things; Every Brilliant Thing; Rosmersholm (adapt. Henrik Ibsen); 1984 (adapt. George Orwell, co-written and co-directed with Robert Icke); City Of Glass (adapt. Paul Auster) and 2071 (co-written with Chris Rapley). Other plays include The Forbidden Zone; Wunschloses Unglück (adapt. Peter Handke); Reise Durch die Nacht (adapt. Friederike Mayröcker). Both 1984 and People, Places and Things were nominated for Best New Play at the Olivier Awards. He co-created and co-wrote the BBC/HBO series Trigonometry with Effie Woods.

"The Cabinet is a collection of artists who have made an artistic home for themselves at Studio, artists whose vision and opinions I've come to trust. I am grateful for their willingness to lend their imaginations and ingenuity to our future." 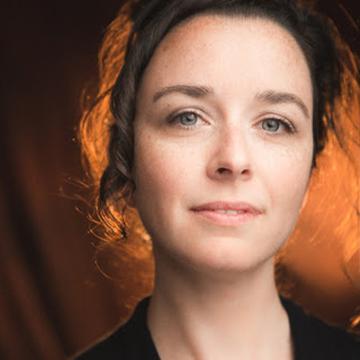 Joanie Schultz most recently directed Cry It Out at Studio Theatre. She previously directed Hand to God at Studio and is a member of the Studio Theatre Cabinet. Recent work includes directing the world premieres Frankenstein: A Ghost Story and Frida…A Self Portrait at Kansas City Repertory Theatre; A Small Fire at Philadelphia Theatre Company; A Doll’s House Part 2 at Jungle Theatre; A Doll's House, Hand to God, Pride and Prejudice, and Hit the Wall at WaterTower Theatre; Queen, Cocked, Rest, and The Whale at Victory Gardens Theater; Sex with Strangers at the Cleveland Playhouse; Venus in Fur at The Goodman Theatre; fml: or how Carson McCullers Saved my Life at Steppenwolf Theatre; and other plays at various Chicago theatres. Schultz holds an MFA in directing from Northwestern University, had the TCG Leadership U Fellowship, was a Drama League Fellow, The Goodman Theatre’s the SDCF Denham Fellow, a Lincoln Center Theater Directors Lab participant, and served as Artistic Director of WaterTower Theatre in Dallas, Texas from 2017-19. Her work has garnered Helen Hayes Awards, Joseph Jefferson Awards, and DFW Theatre Critics Forum awards. www.joanieschultz.com (As of May 2020) 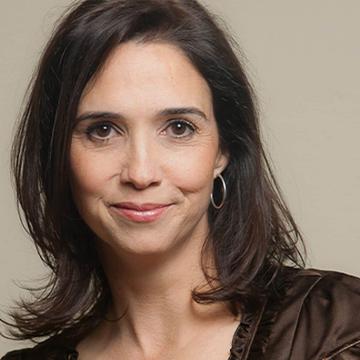 Holly Twyford most recently directed Cloud 9 at Studio Theatre. She directed both Mary Kate Olsen is in Love and Edgar and Annabel for Studio 2ndStage, and was last seen on stage at Studio Theatre in the Lab production of Dirt. Other favorite roles at Studio include Evelyn in The Shape of Things, Elsa in Road to Mecca, and Bunny in Desk Set. She has appeared in over 50 productions with many of the area’s theaters including Ford’s Theatre, Woolly Mammoth Theatre, Folger Theatre, Shakespeare Theatre, and Arena Stage. She has performed regionally in New York, Boston, Philadelphia, Santa Cruz, Red Bank, NJ and Milwaukee. Ms. Twyford has been nominated twenty times for a Helen Hayes Award and is a four-time recipient. She received the Shakespeare Theatre Company’s Emery Battis Award for Acting Excellence for her portrayal of Anna in Old Times and she is a Lunt-Fontanne Fellow. She is proud to be a charter member of the Studio Cabinet, Studio Theatre’s new affiliated artist program. She has appeared in several independent films, including John Waters’ Pecker. Television credits include Homicide: Life on the Street and House of Cards. Her credits also include numerous commercials, voiceovers, and educational and training films. (As of August 2016) 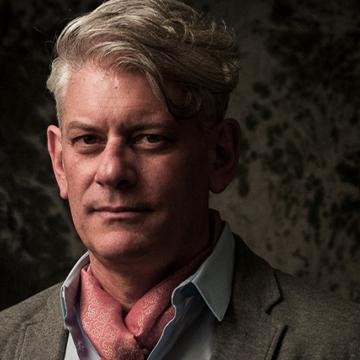 Serge Seiden is the Managing Director and Producer at Mosaic Theater Company of DC, which he helped found in 2015, where he most recently directed Mosaic Theater Company's Eureka Day; Ulysses on Bottles; and Hooded, or Being Black for Dummies. He is also a freelance director and acting teacher at the Studio Acting Conservatory, where he has worked for 22 years. From 1990 to 2015, Serge held many positions at the Studio Theatre including Producing Director, Stage Manager, Literary Manager, and Casting Director; he directed more than 30 productions at Studio, including Bad Jews, the highest grossing show in Studio history. Serge has also directed at Synetic, MetroStage, Olney, Adventure, and Theater J. Awards: Helen Hayes Award/Outstanding Director, Resident Musical. Training: Swarthmore College, Studio Acting Conservatory. 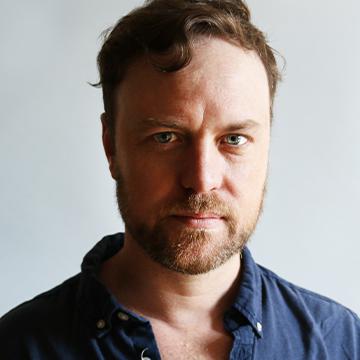 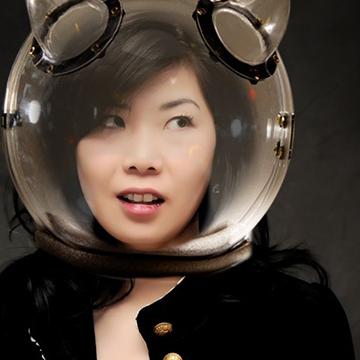 Natsu Onoda Power specializes in adapting non-dramatic texts into new works of visual theater, but sometimes also directs plays and designs sets. Original works (writing/ adapting/ directing) include Thumbelina at Imagination Stage; The Lathe of Heaven at Spooky Action Theater; Alice in Wonderland with National Players; Wind Me Up, Maria!: A Go-go Musical at Georgetown University; Astro Boy and the God of Comics at the Studio Theater and Company One Theater, Boston. Other directing credits include Provincetown Tennessee Williams Festival; Olney Theater Center; the Studio Theatre; Baltimore CenterStage; Mosaic Theater, and Theater J. She is the recipient of two Elliot Norton Awards (for Outstanding Direction and Production Design), two Helen Hayes Awards (Outstanding New Adaptation and Outstanding Set Design), as well as a DC Commission in the Arts fellowship. Onoda Power holds a Ph.D. from Northwestern University, and is the author of God of Comics: Osamu Tezuka and the Creation of Post- World War II Manga (The University Press of Mississippi, 2009). She is a Professor of Theater and Performance Studies at Georgetown University. 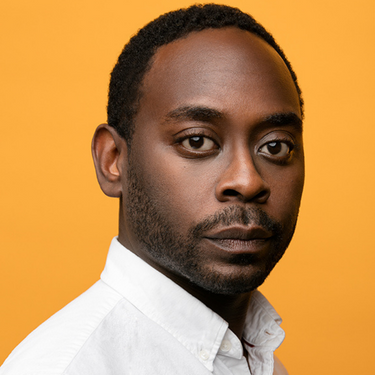 James Ijames is a playwright, director, actor, and educator. His plays include Fat Ham (winner of the 2022 Pulitzer Prize for Drama) at The Public Theater and The Wilma Theater, Kill Move Paradise at the National Black Theatre and The Wilma Theater, White at Theatre Horizon, and The Most Spectacularly Lamentable Trial of Miz Martha Washington at Flashpoint Theatre Company. His plays have been produced by Definition Theatre, Steppenwolf Theatre, Shotgun Players, and have been developed with PlayPenn New Play Development Conference, The Lark, Playwrights Horizon, Clubbed Thumb, Villanova Theatre, Azuka Theatre, and Victory Gardens. As an actor, he has appeared regionally in productions at Arden Theatre Company, Philadelphia Theatre Company, Baltimore Center Stage, Mauckingbird Theatre Company, and People’s Light. James is the recipient of the 2011 F. Otto Haas Award for an Emerging Philadelphia Theatre Artist, two Barrymore Awards for Outstanding Supporting Actor in a Play for Superior Donuts and Angels in America, and two Barrymore Awards for Outstanding Direction of a Play for The Brothers Size with Simpatico Theatre and Gem of the Ocean with Arden Theatre Company. He was a 2015 Pew Fellow for Playwriting, a 2017 recipient of the Whiting Award, and received the Steinberg Prize in 2020. James was a founding member of Orbiter 3, Philadelphia’s first playwright producing collective.  He received a BA in Drama from Morehouse College and an MFA in Acting from Temple University. He is an Associate Professor of Theatre at Villanova University and a Co-Artistic Director of The Wilma Theater. 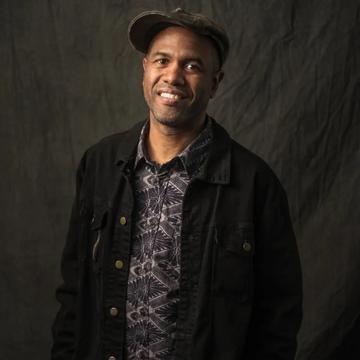 Psalmayene 24 is an award-winning director, playwright, and actor. Directing credits include Flow and Pass Over at Studio Theatre, Necessary Sacrifices: A Radio Play at Ford’s Theatre, Native Son at Mosaic Theater Company, Word Becomes Flesh at Theater Alliance, Cinderella: The Remix at Imagination Stage, and Not Enuf Lifetimes at The Welders. Playwriting credits include Dear Mapel and Les Deux Noirs: Notes on Notes of a Native Son at Mosaic Theater Company, The Frederick Douglass Project co-written with Deirdre Kinahan at Solas Nua, and Zomo the Rabbit: A Hip-Hop Creation Myth at Imagination Stage. His solo play, Free Jujube Brown! is published in the anthology Plays from the Boom Box Galaxy: Theater from the Hip Hop Generation. Acting credits include Ruined at Arena Stage, Free Jujube Brown! at The African Continuum Theatre Company, and HBO’s The Wire. He is the writer/director of the short film The Freewheelin’ Insurgents. Psalm is the host of Psalm’s Salons at Studio, an interview-based cultural series that celebrates theatre and community through a Black lens. He is the recipient of a Helen Hayes Award for Outstanding Direction of a Play and has received the Imagination Award from Imagination Stage. His work has received grants from the Doris Duke Charitable Foundation and the Walt Disney Corporation. Psalm is currently the Andrew W. Mellon Foundation Playwright in Residence at Mosaic Theater Company. He is a member of the Stage Directors and Choreographers Society, Dramatists Guild, and Actors’ Equity Association. On social media at @psalmayene24 (Instagram).