Leo, Dawn, Ralph, and Misha are four longtime friends and sometimes lovers who are coming into their own in the city, until a violent police encounter prompts Leo to suggest an audacious experiment that unmasks long-simmering secrets among the group. Pulitzer Prize-winning playwright Suzan-Lori Parks brings her bold sense of humor and history to a story about four thirtysomethings in a not-at-all post-racial world.

White Noise is no longer available.

Runtime: 2 hours and 30 minutes with a 15-minute intermission

Environmental Warnings: This production of White Noise contains the use of herbal tobacco, flashing lights, and multiple gunshot sound effects.

We don't have any related events to show at this time. Please check back soon! 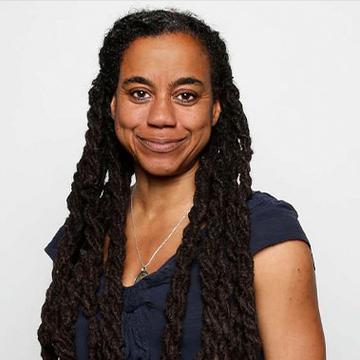 Suzan-Lori Parks is a multi-award-winning American playwright and the first African American woman to receive the Pulitzer Prize in Drama for her Broadway hit Topdog/Underdog. Parks’ adaptation of The Gershwin’s Porgy and Bess won the 2012 Tony Award for Best Revival of a Musical. Her other works include The Book of Grace, Unchain My Heart: The Ray Charles Musical, In the Blood, The Death of the Last Black Man in the Whole Entire World, The America Play, Father Comes Home From the Wars (parts 1, 2, and 3), and Fucking A. Her project 365 Days/365 Plays—where she wrote a play a day for an entire year—was produced in over 700 theatres worldwide, creating one of the largest grassroots collaborations in theatre history. A MacArthur “Genius” Fellow, her novel Getting Mother’s Body is published by Random House. She also works extensively in film and television, most recently as the screenwriter for The United States vs. Billie Holiday (2021) and as Showrunner, Executive Producer, and Head Writer for Genius: Aretha (2021). In her spare time, she writes songs and fronts her band Sula & The Noise. 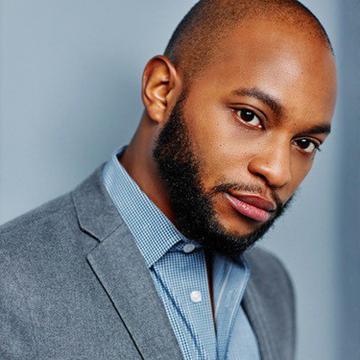 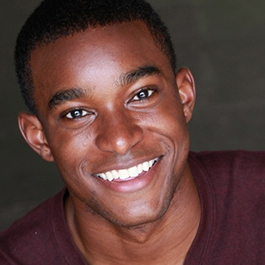 RJ Brown (he/him) is an actor and filmmaker in Brooklyn. His theatre credits include MOPE at Ensemble Studio Theatre and numerous plays and musicals at The Muny in St. Louis. His most recent professional television credits include Caleb in 13 Reasons Why and Thomas West in The Carrie Diaries, with recurring roles in Girls, The Blacklist, Blue Bloods, and The Breaks. Film credits include: The Frontrunner starring Hugh Jackman and The Land of the Steady Habits directed by Nicole Holofcener. RJ currently serves as the co-founder of production company Floor 1 Productions. He holds a Musical Theatre degree from the University of Michigan. On social media at @rjbrownjr (Instagram). 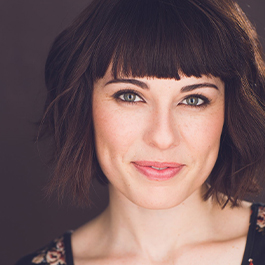 Katie Kleiger (she/hers) is a New York-based actor and musician who last appeared at Studio Theatre in The Wolves and The Effect. Additional theatre credits include Ring Twice for Miranda at New York City Center, The Fall at SoHo Playhouse, Pride and Prejudice at Repertory Theatre of St. Louis, Everything is Wonderful at Philadelphia Theatre Company, The Book of Will and Miss Bennet: Christmas at Pemberley at Round House Theatre, and Juno and The Paycock and Blue Stockings at the Guthrie Theatre. Katie is also a company member at Everyman Theatre, where her credits include Proof, Steel Magnolias, and The Importance of Being Earnest. You can listen to her music on Spotify, Apple Music, and all other listening platforms. katiekleiger.com. On social media at @katiekleiger (Instagram). 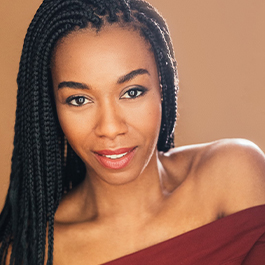 Tatiana Williams (she/her/hers) returns to the DC stage after appearing in BLKS at Woolly Mammoth Theatre Company. Other recent credits include Smart People at Denver Center for the Performing Arts, The Royal Family and A Christmas Carol at the Guthrie Theater, the world premiere of Katori Hall’s Pussy Valley at Mixed Blood Theatre, the world premiere of GIRL Shakes Loose at Penumbra Theatre, Prometheus Bound at Getty Villa, Old Boyfriends at Na Strastnom Theater Center in Moscow, and LA VIEWS with Company of Angels. She has appeared in various ads, including commercials for Hilton and Best Buy. Tatiana received her BFA from CalArts and trained at The Royal Conservatoire of Scotland and Interlochen Arts Academy. On social media at @simonesunrise1 (Instagram). 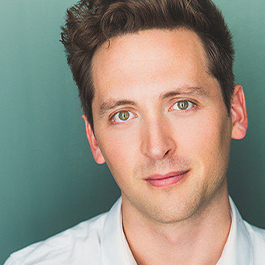 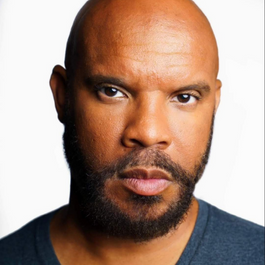 Alexander Woodward (he/him) is a New York-based multi-hyphenate designer, organizer, and artist focusing on scenic and costume design for live performance in theatre, opera, and dance. White Noise is his Studio Theatre debut. Previous credits include the Broadway premiere of The Sound Inside. Alexander is a co-founder of In The Wings: A Design/Tech Showcase for young artists at the Williamstown Theatre Festival. Alexander has served on the executive board for Wingspace, a non-profit organization that promotes conversation on design, community, and activism within the industry. They are a Broadway Green Alliance Captain, USA 829 member, and head of the BFA and MFA Scenic Design programs at the University of Connecticut. MFA Yale. alexanderwoodward.com. On social media at @alexanderwoodwarddesign (Instagram).

Dominique Fawn Hill (she/her) is a Bronx native whose design credits include An Untitled New Play by Justin Timberlake at City Theatre, Journeys to Justice at Portland Opera, Mlima’s Tale at Profile Theatre, STEW at Soho Rep, Where the Mountain Meets the Sea at Actors Theatre of Louisville, Hedwig and the Angry Inch at Portland Center Stage, One Night in Miami... and Pipeline at City Theatre Company, Dark Girl Chronicles: CHRONICLE X at The Shed, School Girls; Or, The African Mean Girls Play at Kansas City Repertory Theatre, 125th & FREEdom at National Black Theatre, and the film Grow Up. Her upcoming shows include Tambo & Bones at Playwrights Horizons, Grace at Ford’s Theatre, and the grass grows at Harvard University, and Fat Ham at The Public Theater. She holds an MFA from the University of California, San Diego. dominiquefhill.com.

Alberto Segarra’s (he/his/él) selected Washington, DC theatre credits include Tender Age at Studio Theatre; Quixote Nuevo at Round House Theatre; The Thanksgiving Play at Olney Theatre Center; BOY at The Keegan Theatre; Earthrise and Acoustic Rooster's Barnyard Boogie at The Kennedy Center; Blood at the Root at Theater Alliance (Helen Hayes Award for Outstanding Lighting Design); The Agitators, Vicuña & the American Epilogue, and Satchmo at the Waldorf at Mosaic Theater Company; and An Act of God at Signature Theatre. Other credits include 1776 and The Gift Horse at New Repertory Theatre and Priscilla, Queen of the Desert at BlueBarn Theatre. Alberto received his MFA in Lighting Design from the University of Maryland, College Park, and he is a member of USA 829. Upcoming projects include The Three Musketeers at Cleveland Play House, The Joy that Carries You at Olney Theatre Center, and Beastgirl at The Kennedy Center. albertosegarra.com.

Tony Thomas is an independent artist working in a wide range of arts and entertainment mediums. Some of his credits include Flow, Pass Over, and P.Y.G. at Studio Theatre; Native Son at Mosaic Theater Company; and Mysticism & Music, The Last Five Years, The Caucasian Chalk Circle, and Aida at Constellation Theatre Company, as well as The Freshest Snow Whyte and You’re A Good Man, Charlie Brown at Imagination Stage. He was nominated for the Helen Hayes Award for Outstanding Choreography in 2019 for P.Y.G. at Studio Theatre and in 2016 for Word Becomes Flesh at Theater Alliance. Performance credits include West Side Story (Tio) National Tour, Guys & Dolls, and A Chorus Line (2014 Helen Hayes Award for Outstanding Musical Production) at Olney Theatre Center. He currently serves as Conservatory Manager, Head of Dance, and Artistic Supervisor (Pre-Professional Program) at Adventure Theatre MTC Academy, sits on the board and dance faculty of Ngoma Center for Dance, and actively leads numerous workshops, privates, and coaching circuits. Tony Thomas Designs was developed in 2004, featuring Tio Diaz Studio as a premiere design house in Interior Architecture and Creative Direction.

Chelsea Pace (she/her) is an intimacy choreographer, intimacy coordinator, fight choreographer, and intimacy consultant. White Noise is her first production at Studio Theatre, and she joins the theatre this year as the Resident Intimacy Consultant and Choreographer. Her theatre credits include Bundle of Sticks at INTAR, RENT at Signature Theatre, and A Strange Loop at Woolly Mammoth Theatre Company. She is also the Resident Intimacy Consultant and Choreographer at Signature Theatre for the 2021-2022 season. Chelsea’s intimacy coordination work for TV and film includes The Tender Bar and Harlem, and the forthcoming series A League of Their Own. Chelsea is the co-founder of Theatrical Intimacy Education and the author of Staging Sex: Best Practices, Tools, and Techniques for Theatrical Intimacy. She is the current President of the Association for Theatre Movement Educators and is an Assistant Professor at the University of Maryland, Baltimore County. chelseapace.com.

Adrien-Alice Hansel (she/her) is the Literary Director at Studio, where she has dramaturged the world premieres of I Hate it Here, Queen of Basel, The Remains, No Sisters, I Wanna Fucking Tear You Apart, Animal, Red Speedo, Dirt, Lungs, and The History of Kisses, as well as productions of Tender Age, Flow, Until the Flood, 2.5 Minute Ride, Cry It Out, Translations, Curve of Departure, The Effect, Wig Out!, Straight White Men, Cloud 9, Hedda Gabler, Constellations, Jumpers for Goalposts, Bad Jews (twice), The Apple Family Plays, Invisible Man, Sucker Punch, The Golden Dragon, and The New Electric Ballroom, among others. Prior to joining Studio, she spent eight seasons at the Actors Theatre of Louisville, where she headed the literary department and coordinated project scouting, selection, and development for the Humana Festival of New American Plays. She is the co-editor of eight anthologies of plays from Actors Theatre and editor of 10 editions of plays through Studio. Adrien-Alice holds an MFA from the Yale School of Drama.

Alexander Rothschild (he/his) is an artisan, educator, and storyteller. White Noise is his first props design at Studio Theatre. Select past theatre credits include The White Snake at Constellation Theatre Company, Henry IV, Part I & 2 at Chesapeake Shakespeare Company, and Million Dollar Quartet at Weston Playhouse Theatre Company. He can be found at Studio 39 in Annapolis, MD as the Technical Director and Design Mentor for their performing arts magnet program. rothschildprops.com. On social media at @props_dad (Instagram). 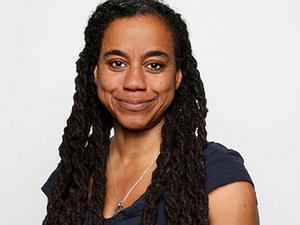 "I do dig, and I dig deep," Suzan-Lori Parks on White Noise 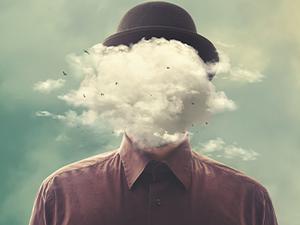 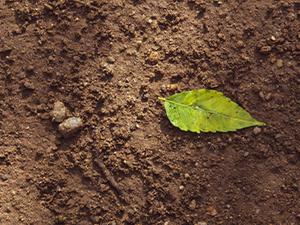 There's Dirt on the Stage...Again: Suzan-Lori Parks and the Cycles of American History