Emma is an actress. She also has an addiction, and it’s trying to kill her. In rehab, but not ready for recovery, Emma just wants to escape—through drugs, through performing, through anything that lets her make her own reality. David Muse inaugurates the Victor Shargai Theatre with a stunning production that evokes the vivid and disorienting world of intoxication and lies as Emma decides whether to fight for her recovery and the people, places, and things she’ll face there. 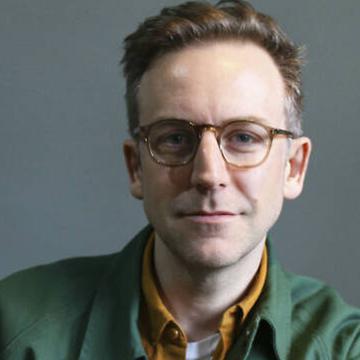 Duncan Macmillan is a playwright, director, screenwriter, and Studio Cabinet member. His play Lungs received its world premiere at Studio in 2011, and he directed the US premiere of Mike Bartlett’s play Contractions at the Theatre in 2013. Studio also presented Olney Theatre Center’s production of his play Every Brilliant Thing in 2019. His production of 1984, which he co-adapted and co-directed with Robert Icke, played at the Hudson Theatre on Broadway in 2017, after three runs on the West End and multiple national and international tours, including to the Shakespeare Theatre Company in Washington, DC. People, Places & Things premiered at the National Theatre in 2015, before touring the UK and transferring to the West End the following year. It was subsequently revived at St. Ann’s Warehouse in New York. Both that play and 1984 were nominated as Best New Play at the Laurence Olivier Awards, and Duncan’s adaptation of Henrik Ibsen’s Rosmersholm, which played in the West End in 2019, was nominated for Best Revival. His work has been performed throughout the world, including at the Old Vic, Royal Court Theatre, Almeida Theatre, Barbican Centre, Barrow Street Theatre, Melbourne Theatre Company, Berliner Ensemble, Deutsche Schauspielhaus (Hamburg, Germany), Schauspiel Köln (Cologne, Germany), Burgtheater (Vienna, Austria), Vesturport (Reykjavik, Iceland), Kansallisteatteri (Helsinki, Finland), Nationaltheatret (Oslo, Norway), and in the repertory of the Schaubühne (Berlin), as well as the Edinburgh Festival, Manchester International Festival, Salzburg Festival, Festival d’Avignon, and Theatertreffen. He has collaborated with orchestras and DJs and co-authored a book on climate science with Professor Chris Rapley. His screen work has appeared on BBC, HBO, Netflix, and at the London and Berlin Film Festivals. 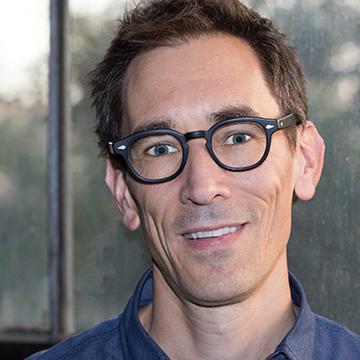 David Muse is in his twelfth season as Artistic Director of Studio Theatre, where he has directed Cock (the in-person and digital productions), The Children, The Remains, The Effect, The Father, Constellations, Chimerica, Murder Ballad, Belleville, Tribes, The Real Thing, An Iliad, Dirt, Bachelorette, The Habit of Art, Venus in Fur, Circle Mirror Transformation, reasons to be pretty, Blackbird, Frozen, and The Intelligent Design of Jenny Chow. As Studio’s Artistic Director, he has produced 105 productions; established Studio R&D, its new work incubator; significantly increased artist compensation; created The Cabinet, an artist advisory board; and overseen Open Studio, a $20M expansion and upgrade of Studio’s four-theatre complex. Previously, he was Associate Artistic Director of the Shakespeare Theatre Company, where he has directed nine productions, including Richard III, Henry V, Coriolanus, and King Charles III (a co-production with American Conservatory Theater and Seattle Rep). Other directing projects include Frankie and Johnny in the Clair de Lune at Arena Stage, The Bluest Eye at Theatre Alliance, and Patrick Page's Swansong at the New York Summer Play Festival. He has helped to develop new work at numerous theatres, including New York Theatre Workshop, Geva Theatre Center, Arena Stage, New Dramatists, and The Kennedy Center. David has taught acting and directing at Georgetown, Yale, and the Shakespeare Theatre Company’s Academy of Classical Acting. A nine-time Helen Hayes Award nominee for Outstanding Direction, he is a recipient of the DC Mayor’s Arts Award for Outstanding Emerging Artist and the National Theatre Conference Emerging Artist Award. David is a graduate of Yale University and the Yale School of Drama.

❝
Duncan Macmillan’s thrilling, devastating play leaves you scraping the insides of your soul.
The New York Times, Critics’ Pick
❝
The self-destructive spiral of abuse has fuelled infinite plays and films, yet People, Places and Things is distinguished by its central question about what any of us chooses to find real, and how that choice either benefits or destroys those around us.
Time Out
❝
Macmillan once again mixes dark wit, intellectual ambition and emotional intelligence.
The Times
❝
The writing is exquisitely painful. At times it feels like Macmillan has taken one of those little spoons, the ones with the serrated edge, for grapefruit, and scooped something out of you.
The Stage
❝
A vibrant play that draws parallels between theatre and rehab…Macmillan also offers a critique of a society in which addiction is partly a response to the surrounding chaos, and where the generic uplift of marketing-speak pervades everything from politics to religion.
The Guardian