John Proctor is the Villain

Things are unsettled at Helen County High in rural Georgia—rumors are swirling around a student’s dad, another student blew up her life and left for Atlanta, and Mr. Smith’s junior English class has to make it through sex ed before they can finally start The Crucible. But what one man calls a witch hunt, a young woman calls the truth, and when the teens start questioning what really happened in Salem, everything threatens to change. A new play from a major new voice, John Proctor is the Villain captures a generation in mid-transformation, running on pop music, optimism, and fury—writing their own coming of age story.

John Proctor is the Villain is generously underwritten by Dr. Mark Epstein and Amoretta Hoeber
and Teresa and Dan Schwartz. 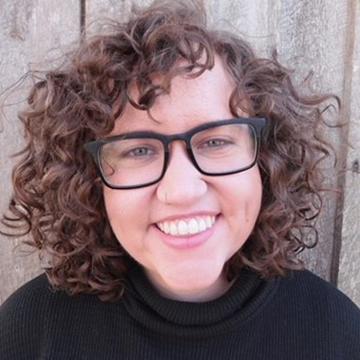 Kimberly Belflower is a playwright and educator originally from a small town in Appalachian Georgia. She is currently developing a new play, Saint Pigtail, commissioned by Studio Theatre. Her play Lost Girl premiered at Milwaukee Repand is published by Concord Theatricals. Kimberly’s other work has been produced, developed, and commissioned by South Coast Rep, Manhattan Theatre Club, Alliance Theatre, and the Ojai Playwrights Conference, among others. She received The Kennedy Center’s 2018 Darrell Ayers Playwriting Award and was on the 2019 Kilroys List. Kimberly has also worked as a narrative lead for Meow Wolf, where she wrote a short film with original music by Beach House. She holds an MFA from the University of Texas at Austin and is a Playwriting Fellow at Emory University. 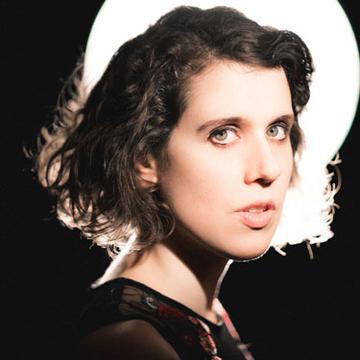 Marti Lyons returns to Studio, where she previously directed The Wolves by Sarah DeLappe and both the stage and audio productions of Kings by Sarah Burgess. Marti most recently directed I, Banquo by Tim Crouch at Chicago Shakespeare Theater and will direct Cymbeline at American Players Theatre. Marti’s other productions include How to Defend Yourself by liliana padilla (a Victory Gardens and Actors Theatre of Louisville co-production), Cambodian Rock Band by Lauren Yee (Victory Gardens, City Theatre in Pittsburgh, and Merrimack Repertory Theatre), Witch by Jen Silverman (Geffen Playhouse in Los Angeles and Writers Theatre in Chicago), The Niceties by Eleanor Burgess (Writers Theatre), Native Gardens by Karen Zacarías (Victory Gardens), Botticelli in the Fire by Jordan Tannahill (Woolly Mammoth Theatre Company), Guess Who’s Coming To Dinner (Court Theatre), The Merry Wives of Windsor (Montana Shakespeare in the Parks), Short Shakes! Macbeth and Short Shakes! Romeo and Juliet (Chicago Shakespeare Theater), Wit (The Hypocrites), and The City of Conversation by Anthony Giardina (Northlight Theatre). Other projects include Wondrous Strange by Meg Miroshnik, Martyna Majok, Jen Silverman, and Jiehae Park as part of the 2016 Humana Festival; Title and Deed by Will Eno at Lookingglass Theatre Company; Laura Marks’ Bethany, Marks’ Mine, and Will Nedved’s Body + Blood at The Gift Theatre; Catherine Treischmann’s Hot Georgia Sunday and Theresa Rebeck’s Seminar at Haven Theatre; Prowess by Ike Holter, The Peacock by Calamity West, and The Last Duck by Lucas Neff at Jackalope Theatre; Give It All Back by Calamity West, 9 Circles by Bill Cain, and Maria/Stuart by Jason Grote at Sideshow Theatre Company. Marti is an ensemble member at The Gift Theatre, an Artistic Associate with Sideshow Theatre Company, and a proud member of Stage Directors and Choreographers Society. martilyons.com.