When Michael Brown was shot by a police officer in Ferguson in 2014, the outrage and protests that followed were a wake-up call to some and familiar, exhausting news to others. Dael Orlandersmith created characters for Until the Flood from dozens of interviews across Ferguson’s communities, using this specific flashpoint to look at race and power in the United States and worldwide. Written to be performed by one or multiple actors of any race or gender, Studio Associate Artistic Director Reginald L. Douglas has cast the play with a cross-generational ensemble of three Black women, celebrating the resolve for justice that remains as urgent today as it was seven years ago.

Until the Flood is no longer available.

Until the Flood is intended for mature audiences. Click on the content note for a detailed explanation. 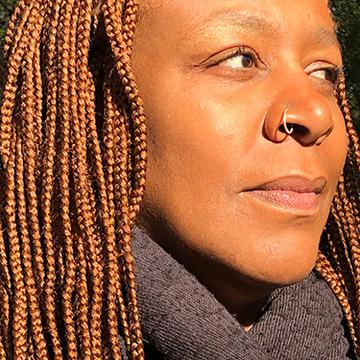 Dael Orlandersmith is a writer and actor. She returns to Studio after performing her play Stoop Stories here in 2009. Until the Flood was commissioned by St. Louis Rep, where it premiered in 2016. It has also been produced at Rattlestick Playwrights Theater, Milwaukee Rep, the Goodman Theatre, ACT Theatre, and the Edinburgh Fringe Festival. Dael’s other work includes: Forever (premiere at Center Theatre Group, 2014); Black n Blue Boys/Broken Men, a co-commission between the Goodman Theatre and Berkeley Repertory Theatre, where it premiered in 2012; Horsedreams (Rattlestick Playwrights Theater, 2011); Bones, commissioned by and premiered at the Mark Taper Forum in 2010; The Blue Album, a collaboration with David Cale (Long Wharf Theatre, 2007); Yellowman, commissioned by and premiered at McCarter Theatre Center in 2002 in a co-production with The Wilma Theater and Long Wharf Theatre (Pulitzer Prize finalist, Drama Desk Award finalist); The Gimmick, commissioned by McCarter Theatre, where it premiered in 1998 (Susan Smith Blackburn Award winner); and Monster (New York Theatre Workshop, 1996). She is working on a new play called New Age for Milwaukee Rep, and another play for the Goodman Theatre. She is also currently working on a book of autofiction. Dael has toured extensively with the Nuyorican Poets Café (Real Live Poetry) throughout the United States, Europe, and Australia. Yellowman and a collection of her earlier works have been published by Vintage Books and Dramatists Play Service. She is the recipient of a New York Foundation for the Arts grant, the Helen Merrill Award for Playwrighting, a Guggenheim Fellowship, and the 2005 PEN/Laura Pels International Foundation for Theater Award for a playwright in mid-career. 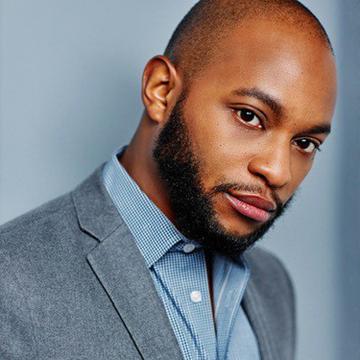 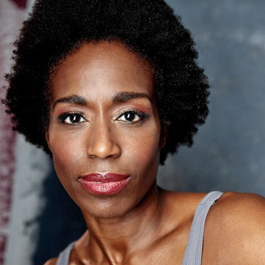 Felicia Curry is an actor, singer, and performer in the DC area. She has been seen at Studio in Bloody Bloody Andrew Jackson and Laugh. In New York, her credits include We Three Lizas at Joe’s Pub, as well as Dizzy Miss Lizzy Roadside Revue's The Brontës and Petite Rouge at the New York Musical Festival. Regionally, Felicia has performed in The Mountaintop and Vanya and Sonia and Masha and Spike at Gulfshore Playhouse, and numerous productions at Virginia Repertory Theatre. In the DC area, select credits include Queens Girl: Black in the Green Mountains at Everyman Theatre, Fabulation… at Mosaic Theater Company, Masterpieces of the Oral and Intangible Heritage of Humanity at Signature Theatre, Nina Simone: Four Women at Arena Stage, and Collective Rage: A Play in Five Boops at Woolly Mammoth Theatre Company. She has been nominated for nine Helen Hayes Awards, and won for Lela & Co at Factory 449. She is a Factory 449 Company Member, a Resident Company Member at Everyman Theatre, and an Artistic Associate at Ford’s Theatre. 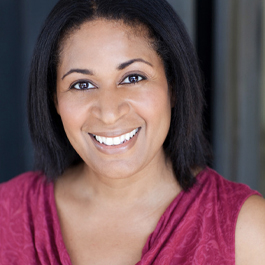 Ora Jones made her Studio debut in Curve of Departure in the 2017-2018 season. She is a member of the Steppenwolf Theatre Company ensemble, where she was most recently seen in The Children. She also appeared in Familiar, The Roommate, and The Dopplegänger (an international farce) in the past few seasons there. Her Broadway roles include Madame de Volanges in Les Liaisons Dangereuses at the Booth Theatre, and Mrs. Phelps in Matilda the Musical, both at the Shubert Theater and in the first national tour. Regional and other New York credits include performances at Long Wharf Theatre, Yale Rep, Manhattan Theatre Club, The Public Theater, Milwaukee Rep, Next Act Theatre, and a particular favorite, the role of Mrs. Muller in Doubt: A Parable for The Weston Playhouse in Weston, VT, directed by Malcolm Ewen. Some film and television appearances include Consumed, Were the World Mine, Stranger than Fiction, Betrayal, and Chicago Fire. 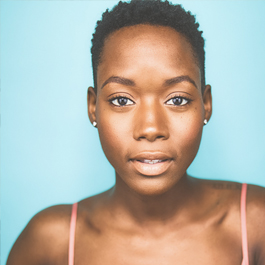 Billie Krishawn is a Helen Hayes Award-winning actor, visual artist, and activist originally from Washington, DC. Her theatre credits include Blood at the Root at Theater Alliance; HERstory: Love Forever, Hip Hop at The Kennedy Center; Melancholy Play: A Contemporary Farce, The Caucasian Chalk Circle, and The Skin of Our Teeth at Constellation Theatre Company; Airness at 1st Stage and Keegan Theatre; Treasure Island at Synetic Theater; A Civil War Christmas at 1st Stage; Andromeda Breaks and America’s Wives with Capital Fringe; Émilie: La Marquise Du Châtelet Defends her Life Tonight at WSC Avant Bard; How Old is a Hero? at Discovery Theater;  Greensboro Lunch Counter at The Smithsonian's National Museum of American History; and Winnie the Pooh and Jumanji at Adventure Theatre MTC. Her film and television credits include Water in a Broken Glass and TV One’s For My Man. She is a graduate of Duke Ellington School of the Arts and Drew University. www.BillieKrishawn.com. On Instagram at @AbsoluteReality.

Jesse Belsky previously designed Pipeline, P.Y.G. or The Mis-Edumacation of Dorian Belle, The Remains, The Effect, Three Sisters, No Sisters, and Animal at Studio. Regional credits include The Magic Play at Portland Center Stage, Syracuse Stage, and Actors Theatre of Louisville; Lydia and Rough Crossing at Yale Rep; and The Year of Magical Thinking at PlayMakers Repertory Company. Other DC designs include Who’s Afraid of Virginia Woolf? at Ford’s Theatre; JQA and The Year of Magical Thinking at Arena Stage; Oslo, Handbagged, and The Book of Will at Round House Theatre; The Mystery of Love & Sex at Signature Theatre; Henry IV, Part 1, The Winter’s Tale, Sense and Sensibility, and A Midsummer Night’s Dream at Folger Theatre; and Labour of Love, The Invisible Hand, and The Magic Play at Olney Theatre Center. Jesse holds a BA from Duke University and an MFA from the Yale School of Drama. He has taught lighting design at Connecticut College and UNC Greensboro.

Elisheba Ittoop is a sound designer, composer, and audio producer. She returns to Studio having designed for The Big Meal, Songs of the Dragons Flying to Heaven, That Face, and The Receptionist. She has produced podcasts and written music for NPR, CNN, Audible, WGBH, Futuro Media, WFMT Radio Network and Glimmerglass Opera Festival, Wonder Media, Pinna, Three Uncanny Four, and others. Her sound designs and original music for theatre have been heard at The Kennedy Center, The Public Theater, Roundabout Theatre Company, American Repertory Theater, Playwrights Horizons, Manhattan Theatre Club, and many others across the country. She has created sound and music installations for the Bonnaroo Music Festival and the Okeechobee Music & Arts Festival. She has an MFA in Sound Design from the University of North Carolina School of the Arts and a BFA in Theatre from New York University. elishebaittoop.com.

Adrien-Alice Hansel is the Literary Director at Studio, where she has dramaturged the world premieres of I Hate it Here, Queen of Basel, The Remains, No Sisters, I Wanna Fucking Tear You Apart, Animal, Red Speedo, Dirt, Lungs, and The History of Kisses as well as productions of Cry It Out, Translations, Curve of Departure, The Effect, Wig Out!, Straight White Men, Cloud 9, Hedda Gabler, Constellations, Jumpers for Goalposts, Bad Jews  (twice), The Apple Family Plays, Invisible Man, Sucker Punch, The Golden Dragon, and The New Electric Ballroom, among others. Prior to joining Studio, she spent eight seasons at the Actors Theatre of Louisville, where she headed the literary department and coordinated project scouting, selection, and development for the Humana Festival of New American Plays. She is the co-editor of eight anthologies of plays from Actors Theatre and editor of 10 editions of plays through Studio. Adrien-Alice holds an MFA from the Yale School of Drama.

Autumn J. Mitchell (she/they) is a native of Savannah, Georgia. Last year she stage managed Pass Over at Studio and she is excited to return for Until the Flood. Notable management credits include The Wiz at the Oregon Shakespeare Festival; Fences and The Man of Destiny at the American Players Theatre; Acis and Galatea and The Face on the Barroom Floor at Central City Opera; Lucky Plush Productions’ The Better Half and Rink Life at Steppenwolf Theatre; and Step Afrika!’s Magical Musical Holiday Step Show at the Atlas Performing Arts Center. Autumn is an alumna of Alabama State University and holds a BA in Theatre with a concentration in Stage Management and Technical Theatre. Along with being a stage manager, she champions authentic and positive representation of Black and Brown theatre makers in predominantly white institutions. 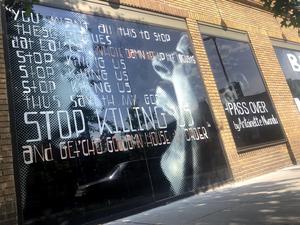 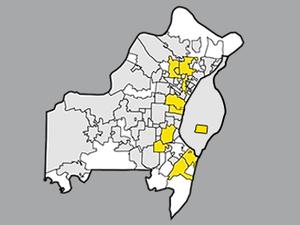 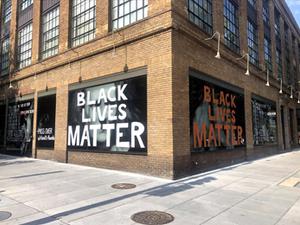 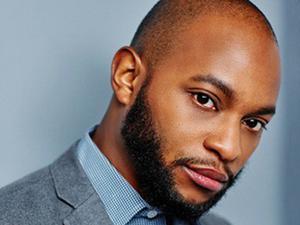 Interview with Until the Flood Director Reginald L. Douglas 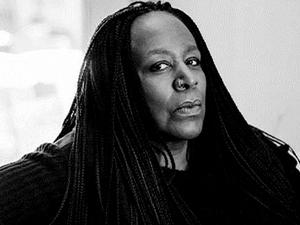 From Propaganda to Profundity: A History of Documentary and Verbatim Theatre 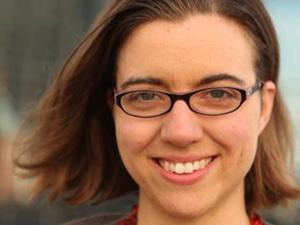