Newly elected congresswoman Sydney Millsap arrives in DC armed with her ideals and sense of duty, and refuses to play by the rules of special interests—or her own party. Kate’s a lobbyist who backs winners. The two collide in the audio adaptation of the lacerating comedy Studio produced just after the last midterms. As the dust settles from the 2020 elections, Kings is a shrewd look at where power really sits in our government.

Kings is no longer avaiiable.

Part of Studio In Your Ears. Intimate and immediate, Studio's audio plays bring the thrill of great writing and great acting directly to theatregoers' headphones.

Thank you to Board Chair Amy Weinberg
and her husband Norbert Hornstein
for generously underwriting the audioplay series,
Studio In Your Ears. 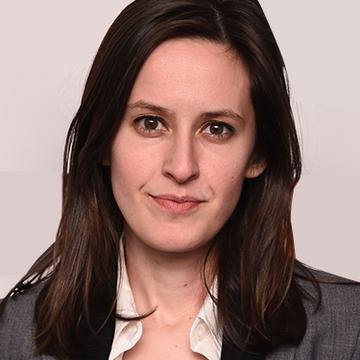 Sarah Burgess is currently the showrunner of the upcoming season of American Crime Story, about the impeachment of President Bill Clinton. Her pilot, Compliance, starring Courtney B. Vance and Mary Louise Parker and directed by Sam Gold, was produced in 2018 through FX and Scott Rudin Productions. In theatre, Sarah's play Dry Powder won the 2016 Laurents/Hatcher Foundation Award, was a finalist for the Susan Smith Blackburn Prize, and was nominated for an Olivier Award in London. Dry Powder premiered at The Public Theater in a production directed by Thomas Kail, starring Claire Danes, John Krasinski, Hank Azaria, and Sanjit De Silva. Other plays include Camdenside (Ground Floor selection; Berkeley Rep; Kilroys list 2015) and FAIL: Failures (ANT Fest). She has written for AMC's Lodge 49, The Tenant (Woodshed Collective), and Naked Radio, Naked Angels' podcast series. Burgess has been a writer-in-residence at SPACE on Ryder Farm and the Cape Cod Theatre Project. 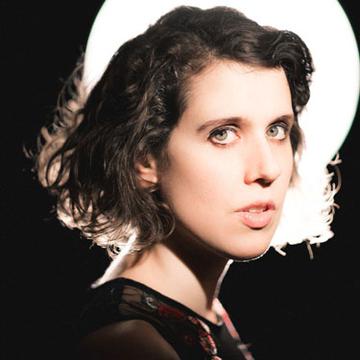 Marti Lyons was most recently directing the world premiere of The Scarlet Letter by Kate Hamill at South Coast Rep, which, unfortunately, never had a chance to open. Marti previously directed Studio Theatre's productions of The Wolves by Sarah DeLappe and Kings by Sarah Burgess. She most recently directed How to Defend Yourself by liliana padilla at Victory Gardens as part of a co-production with Actors Theatre of Louisville. Marti also directed Cambodian Rock Band by Lauren Yee (Victory Gardens, City Theatre Company in Pittsburgh, Merrimack Repertory Theatre); Witch by Jen Silverman (Geffen Playhouse in Los Angeles, Writers Theatre in Chicago); The Niceties by Eleanor Burgess (Writers Theatre); Native Gardens by Karen Zacarías (Victory Gardens); Botticelli in the Fire by Jordan Tannahill (Woolly Mammoth); Guess Who's Coming to Dinner (Court Theatre); The Merry Wives of Windsor (Montana Shakespeare in the Parks); Short Shakes! Macbeth and Short Shakes! Romeo and Juliet (Chicago Shakespeare Theater); Wit (The Hypocrites); The City of Conversation by Anthony Giardina (Northlight Theatre). She directed Wondrous Strange by Meg Miroshnik, Martyna Majok, Jen Silverman, and Jiehae Park (2016 Humana Festival) and Title and Deed by Will Eno (Lookingglass Theatre Company). Other projects include Laura Marks's Bethany, Marks's Mine, and Will Nedved's Body and Blood (The Gift Theatre); Catherine Treischmann's Hot Georgia Sunday and Theresa Rebeck's Seminar (Haven); Prowess by Ike Holter, The Peacock by Calamity West; and The Last Duck by Lucas Neff (Jackalope Theatre); The Play About My Dad by Boo Killebrew (Raven Theatre); Give It All Back by Calamity West, Mai Dang Lao by David Jacobi, 9 Circles by Bill Cain, Maria/Stuart by Jason Grote, and co-directed The Golden Dragon (Sideshow Theatre Company). Marti's upcoming work includes Sense and Sensibility at American Players Theatre. Marti was the 2015 Maggio Directing Fellow at the Goodman Theatre. She is an ensemble member at The Gift Theatre, an Artistic Associate with Sideshow Theatre Company, and a proud member of Stage Directors and Choreographers Society. www.martilyons.com 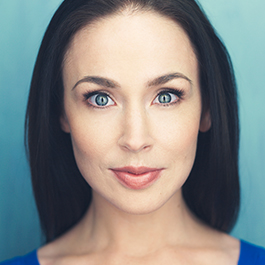 Laura C. Harris returns to Studio Theatre after appearances as Lauren in the stage version of Kings, Edward/Victoria in Cloud 9, Mandy in Time Stands Still, Gena in Bachelorette, and Lydia in Red Speedo. Other Washington, DC credits include The Heiress at Arena Stage; Silent Sky at Ford’s Theatre; Fairview at Woolly Mammoth; Curious Incident…, NSFW, Seminar, Amadeus, Young Robin Hood, and 26 Miles at Round House Theatre; The Flick and Tender Napalm at Signature Theatre; Vicuña at Mosaic Theater; Awake and Sing! at Olney Theatre Center; Love and Information, Passion Play, and World Builders at Forum Theatre; Our Class at Theater J; and The Winter’s Tale and The School for Scandal at Folger Theatre. She is a graduate of Middlebury College. 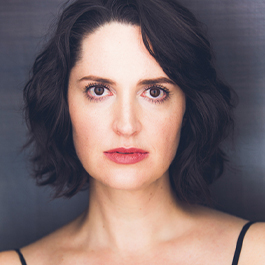 Kelly McCrann is returning to Studio Theatre after her debut in Kings in 2019. Her select theatre credits include The Convent of Pleasure at Cherry Lane Theatre; Twelfth Night at Classic Stage Company; The Rover at World Financial Center; Look Back In at Dixon Place; After the Revolution and Pride and Prejudice at Baltimore Center Stage; and Richard II at Allentown Shakespeare in the Park. Television and film credits include Elementary on CBS; The Path on Hulu; Louie on FX; The Comedian (Taylor Hackford); and Accommodations (Amy Miller Gross). She has also appeared in various commercials for Ikea, Toyota, and others. She attended the University of North Carolina at Chapel Hill and received her MFA from Columbia University, where she received the Andy Griffith Scholarship and the Shubert Presidential Award, respectively. 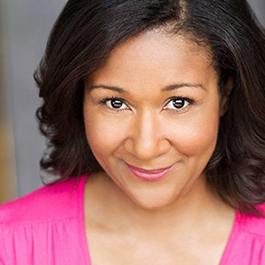 Gina Daniels was last seen at Studio Theatre as Dr. Lorna James in The Effect. Gina has been in the Broadway companies of Network and All the Way. Her New York, international, and regional credits include Judgment Day at the Park Avenue Armory, The White Snake at Wuzhen Theatre Festival, Roe at Arena Stage and Berkeley Rep, Angels in America: Parts 1 and 2 at St. Louis Repertory Theatre, as well as shows at Syracuse Stage, Portland Center Stage, Paper Mill Playhouse, TheaterWorks, Kansas City Repertory Theatre, Shakespeare Santa Cruz, Delaware Theatre Company, Baltimore Center Stage, and Pittsburgh Public Theater. In 10 seasons as a company member of the Oregon Shakespeare Festival, Gina appeared in over 30 productions. Her television credits include Manifest, Orange is the New Black, and High Maintenance. 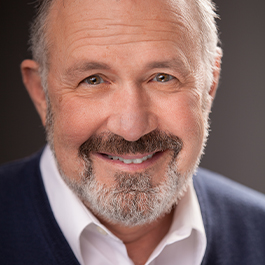 Over a long career, Rick Foucheux appeared at many of DC’s theatres, including The Apple Family Plays, Far East, and Take Me Out at Studio. He played Tevye in Fiddler on the Roof at Olney Theatre Center, Willy Loman in Death of a Salesman at Arena Stage, and Lear in King Lear at WSC Avant Bard. He was featured in Cooking with Elvis, Dead Man’s Cell Phone, and Stupid Fucking Bird as a member of the acting company at Woolly Mammoth. He is a Helen Hayes Award recipient and in 2017 received the Richard Bauer Lifetime Achievement Award from the Washington Area Performing Arts Video Archive (WAPAVA). 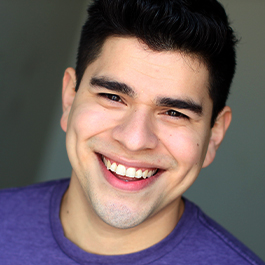 Mikhail Fiksel is a designer, composer, musician, and DJ, based in Chicago and Brooklyn. He is delighted to work with Studio Theatre, having previously designed and composed for their production of The Wolves. His other theatrical credits include productions with The Public Theater, Signature Theatre, Brooklyn Academy of Music, the Goodman Theatre, Chicago Shakespeare, Victory Gardens, Writers Theatre, The Geffen, The Old Globe, Playwrights Horizons, The Civilians, Pigpen Theatre Co., La Jolla Playhouse, South Coast Rep,  Manhattan Theatre Club, Center Theatre Group, Albany Park Theatre Project, and Third Rail Projects. Audio work includes multiple audio plays and podcasts with Make-Believe Association, where he is Head of Audio Production, as well as projects with Audible, WBEZ, and All Classical Portland. He is a proud member of USA and the Theatrical Sound Designers and Composers Association.

Adrien-Alice Hansel is the Literary Director at Studio, where she has dramaturged the world premieres of Queen of Basel, The Remains, No Sisters, I Wanna Fucking Tear You Apart, Animal, Red Speedo, Dirt, Lungs, and The History of Kisses as well as productions of Cry It Out, Translations, Curve of Departure, The Effect, Wig Out!, Straight White Men, Cloud 9, Hedda Gabler, Constellations, Jumpers for Goalposts, Bad Jews (twice), The Apple Family Plays,  Invisible Man, Sucker Punch, The Golden Dragon, and The New Electric Ballroom, among others. Prior to joining Studio, she spent eight seasons at the Actors Theatre of Louisville, where she headed the literary department and coordinated project scouting, selection, and development for the Humana Festival of New American Plays.  She is the co-editor of eight anthologies of plays from Actors Theatre and editor of eight editions of plays through Studio. Adrien-Alice holds an MFA from the Yale School of Drama.

Allie Roy has been stage managing at Studio since 2015 and is happy to take part in Kings, their first audio play. She has previously been Stage Manager for Studio productions of If I Forget, Translations, Curve of Departure, and Straight White Men. She works as Stage Manager for multiple theatres all over the DMV area, including The Kennedy Center, Arena Stage, and Signature Theatre, to name a few.

Lauren Halvorsen spent nine years as Studio’s Associate Literary Director. Her dramaturgy credits at Studio include Pipeline, Doubt: A Parable, P.Y.G. or the Mis-Edumacation of Dorian Belle, Admissions, Kings, If I Forget, Vietgone, The Wolves, Skeleton Crew, The Father, Three Sisters, The Hard Problem, Hand to God, Moment, Between Riverside and Crazy, Chimerica, The Wolfe Twins, Belleville, Water by the Spoonful, Tribes, The Real Thing, The Motherfucker with the Hat, The Aliens, Bachelorette, The Big Meal, and Time Stands Still. Previously, Lauren spent three seasons as Literary Manager of The Alley Theatre. She was the Artistic Associate at the WordBRIDGE Playwrights Laboratory for six years and has worked in various artistic capacities for The Kennedy Center, City Theatre Company, Eugene O’Neill Theater Center, First Person Arts Festival, and The Wilma Theater. Lauren is a graduate of Bryn Mawr College.

Nancy Krebs's credits with Studio Theatre include Kings, The Children, Translations, Constellations (Helen Hays Award winning production), Animal (world premiere), The Habit of Art (American premiere), The Walworth Farce and The New Electric Ballroom for the theatre's Enda Walsh Festival, and Look Back in Anger. She is the Resident Vocal/Dialect Coach with the Annapolis Shakespeare Company – the Classic Theatre of Maryland; representative productions include Hamlet, The Winter's Tale, Rosencrantz & Guildenstern Are Dead, Oliver!, Comedy of Errors, Kiss Me Kate, Blithe Spirit, A Christmas Carol, Much Ado About Nothing, The Tempest, Alice and the Book of Wonderland, Richard III, Twelfth Night, Poe…and All the Others, Romeo and Juliet, The Importance of Being Earnest, The Three Sisters, It's a Wonderful Life: A Radio Play, Sense and Sensibility, A Tale of Two Cities, As You Like It, A Midsummer Night's Dream, Pride and Prejudice, Our Town, The Merry Wives of Windsor, and Macbeth. She has also worked with regional theatres including Theater J, Olney Theatre Center, Rep Stage, Everyman Theatre, Center Stage, and The Colonial Players. Nancy teaches privately and internationally, operating her own voice studio— The Voiceworks—and is an accomplished singer/songwriter/musician. She belongs to Screen Actors Guild - American Federation of Television and Radio Artists, Actors’ Equity Association, and the Voice and Speech Trainers Association.

❝
Audio adaptation of Beltway drama Kings tantalizes
The Washington Post
❝
A thrilling earful of political intrigue
Broadway World
❝
It’s a no-brainer. You should listen it, enjoy its home truths, and think about what it says.
DC Theatre Scene 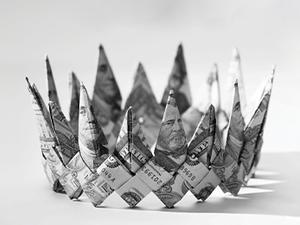 Dramaturg Lauren Halvorsen on the Power Plays of Kings 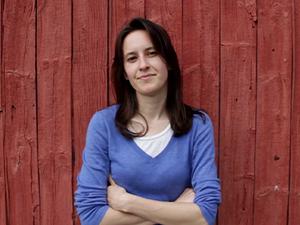 An Interview with Sarah Burgess 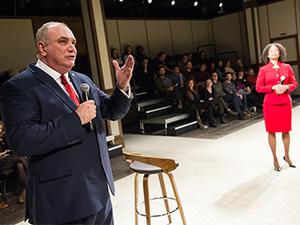 What is Carried Interest?