Alison is 9, begging her father to play with her. She is 19, overcome by the aching and joyous pain of first love. She is 43, an out lesbian hunting for the truth of her brilliant, volatile, and closeted father’s life and death. She is all three at once, trying to untangle the central mystery of her childhood: How did she survive their shared hometown, when her father could not? With a score that ranges from exuberant 70s pop to aching melodies and dissonant harmonies of characters longing to be known, Fun Home is the Tony Award-winning story of a daughter and father, of coming out and coming to terms with a life shaped by a family’s secrets.

Note: Fun Home was originally slated for the 2019-20 season, but was postponed due to the 2020 Coronavirus Pandemic. 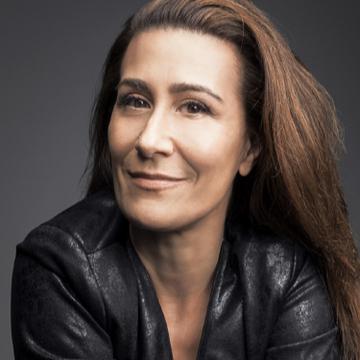 Jeanine Tesori has written a diverse catalog for Broadway, opera, film, and television. Her Broadway musicals include Fun Home  (2015 Tony Award Winner, Pulitzer Prize finalize); Violet; Caroline, or Change; Shrek the Musical; Thoroughly Modern Millie; Twelfth Night (LCT); and John Guare’s A Free Man of Color. Her Off Broadway credits include Mother Courage (starring Meryl Streep) at The Public Theater/Shakespeare in the Park. She has received five Tony nominations, three Obie Awards, and three Drama Desk Awards. The hallmarks of her work have been described as “close-to-the-surface emotion, structural rigor and rhythmic drive.” Her operas include The Lion, the Unicorn and Me; Blizzard on Marblehead Neck (MET/LCT Opera/Theater and Glimmerglass opera commission); and her upcoming collaboration with Tazewell Thompson, Blue, which was commissioned for The Glimmerglass Festival and will premiere there next season. She wrote the musical featured in the 2016 revival of Gilmore Girls and has also written special material for artists, such as “The Girl in 14G” for Kristin Chenoweth. She has been featured in the documentaries Show Business and Theater of War. Jeanine became the founding Artistic Director of a new concert series at New York City Center called Encores! Off-Center, for which she has helmed seasons joined by artists such as Stephen Sondheim, Lin-Manuel Miranda, Randy Newman, William Finn, Alan Menken, Renée Elise Goldsberry, Sutton Foster, and Jonathan Groff. After producing four seasons of Off-Center concerts, she took one of those concerts, Sunday in the Park with George (starring Jake Gyllenhaal), to Broadway where she produced the 2017 revival, with Ambassador Theater Group and Riva Marker. She was the recording producer for Sunday as well as the original cast recordings of Violet; Caroline, or Change; Shrek; and Twelfth Night. A lecturer in music at Yale and on faculty at Columbia University, Jeanine has spoken and taught at universities and programs all over the country. She is the founding Creative Director of the non-profit A BroaderWay, an arts empowerment program for young women. She was given the Einhorn Mentorship Award by Primary Stages for her exceptional work with young artists. 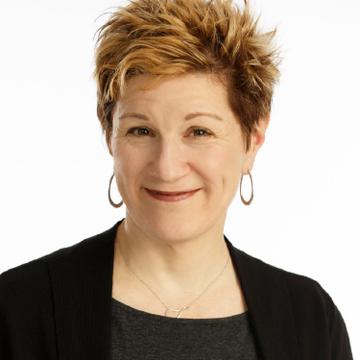 Lisa Kron is a writer and performer whose work has been widely produced in New York, regionally, and internationally. Her plays include Well, 2.5 Minute Ride, and The Ver**zon Play. She wrote the book and lyrics for the musical Fun Home (with music by composer Jeanine Tesori), winner of five Tony Awards, including Best Musical. Lisa and Jeanine were the first all-woman team to ever receive a Tony for best score. As an actor, Lisa was most recently seen as Mrs. Mi-Tzu and Mrs. Yang in The Foundry Theatre’s acclaimed production of Good Person of Szechuan  (Lortel Award, Outstanding Featured Actress). Honors include a Guggenheim Fellowship, a Doris Duke Performing Artists Award, and the Cal Arts/Alpert Award. She is a proud founding member of the Obie- and Bessie Award-winning collaborative theater company The Five Lesbian Brothers. Lisa currently serves as Secretary of the Dramatists Guild Council and on the boards of the MacDowell Colony and The Lilly Awards. 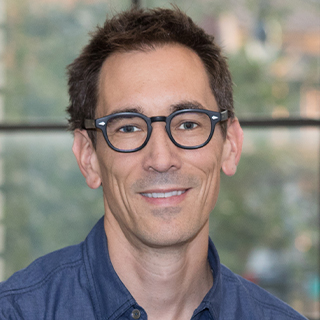 David Muse is in his ninth season as Artistic Director of Studio Theatre, where he has directed The Remains, The Effect, The Father, Constellations, Chimerica, Murder Ballad,, Belleville, Cock, Tribes, The Real Thing, An Iliad, Dirt, Bachelorette, The Habit of Art, Venus in Fur, Circle Mirror Transformation, reasons to be pretty, Blackbird, Frozen, and The Intelligent Design of Jenny Chow. Previously, he was Associate Artistic Director of the Shakespeare Theatre Company, where he has directed nine productions, including Richard III, Romeo and Juliet, Coriolanus, and King Charles III (a co-production of ACT and Seattle Rep). Other directing projects include Frankie and Johnny in the Clair de Lune at Arena Stage, The Bluest Eye at Theater Alliance, and Swansong for New York Summer Play Festival. He has helped to develop new work at numerous theatres, including New York Theatre Workshop, Geva Theatre Center, Arena Stage, Ford’s Theatre, and The Kennedy Center. David has taught acting and directing at Georgetown, Yale, and the Shakespeare Theatre Company’s Academy of Classical Acting. A nine-time Helen Hayes Award nominee for Outstanding Direction, he is a recipient of the DC Mayor’s Arts Award for Outstanding Emerging Artist and the National Theatre Conference Emerging Artist Award. David is a graduate of Yale University and the Yale School of Drama. 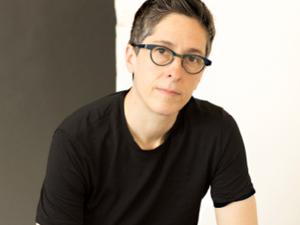 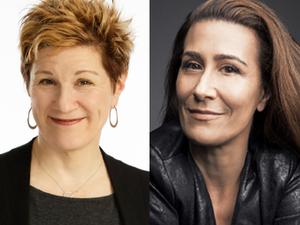 Making Us Visible to Each Other: The Work of Lisa Kron and Jeanine Tesori