The Bronx, 1964. Suspicions surface at a parochial school about a charismatic young priest’s interest in a Catholic school’s first and only Black student. Absent hard proof, Sister Aloysius, the school’s starched and self-assured principal, tries to protect the innocent—but is she doing God’s work or is her certitude actually pride? Anchored by Studio mainstay Sarah Marshall, Doubt is John Patrick Shanley’s masterpiece about faith, ambiguity, and the price of moral conviction.

Runtime: 1 hour and 35 minutes with no intermission.
Environmental Warnings: For this production, incense will be burned in the theatre. 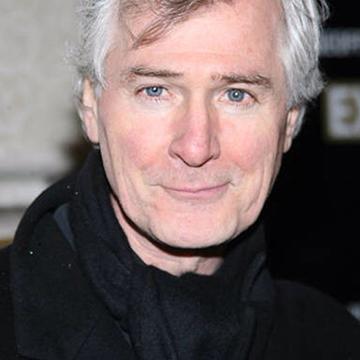 Playwright, screenwriter, and director John Patrick Shanley is from the Bronx. His plays include The Portuguese Kid, Prodigal Son, Outside Mullingar (Tony Award nomination), Danny and the Deep Blue Sea, Savage in Limbo, Four Dogs and a Bone, Dirty Story, and Beggars in the House of Plenty. His theatrical work is performed extensively around the world. For his play Doubt: A Parable, he received both the Tony Award and the Pulitzer Prize. In the arena of screenwriting he has nine films to his credit, most recently Doubt with Meryl Streep, Philip Seymour Hoffman, Amy Adams, and Viola Davis. Doubt, directed by John, was nominated for five Academy Awards, including Best Adapted Screenplay. Other films include Five Corners (Special Jury Prize, Barcelona), Alive, Joe Versus the Volcano (which he also directed), and Live from Baghdad for HBO (Emmy nomination). For his script of Moonstruck, he received both the Writers Guild of America Award and an Academy Award for Best Original Screenplay. In 2009, The Writers Guild of America awarded him the Lifetime Achievement in Writing. 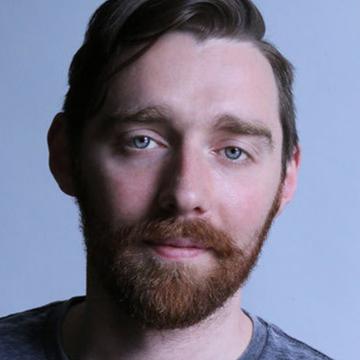 The 2019-2020 season will be Matt Torney’s fourth as Associate Artistic Director at Studio Theatre, where he has previously directed If I Forget, Translations, The Hard Problem, MotherStruck!, Hedda Gabler, Jumpers for Goalposts (nominated for two Helen Hayes Awards, including Best Ensemble), The New Electric Ballroom, and The Walworth Farce (nominated for two Helen Hayes Awards). Prior to his work at Studio, Matt served as the Director of Programming for Origin Theatre in New York, an Off Broadway company that specializes in European new writing. His New York credits include Stop the Tempo and Tiny Dynamite (Origin Theatre, Drama Desk Award nominee), The Twelfth Labor (Loading Dock), The Dudleys (Theater for the New City), The Angel of History (HERE Arts Center), and Three Sisters and A Bright Room Called Day (Atlantic Theater Company). Regional credits include Sherlock Holmes and the Crucifer of Blood and Observe the Sons of Ulster Marching Towards the Somme (Pittsburgh Irish and Classical Theatre), and Improbable Frequency (Solas Nua, Helen Hayes Award nominee for Best Choreography). International credits include Digging for Fire and Plaza Suite (Rough Magic, National Tour), Angola (workshop at the Abbey Theatre), Paisley and Me (Grand Opera House, Belfast), The Last Days of Judas Iscariot (Making Strange, Irish Theatre Award nominee for Best Director), and Woyzeck (Rough Magic, Best Production nominee at the Dublin Fringe Festival). Originally from Belfast, Matt holds an MFA from Columbia University. 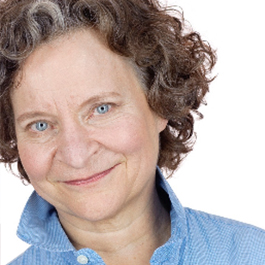 Sarah Marshall returns to Studio Theatre for Doubt: A Parable after appearing in Admissions last season. Sarah has the honor of having performed at Studio Theatre more than any other performer in its history. Some of her Studio credits include The Apple Family Cycle, Richard O’Brien’s The Rocky Horror Show, The Prime of Miss Jean Brodie, Prometheus,  Betty’s Summer Vacation,  Three Sisters, Miss Margarida’s Way, Sylvia, The Rise and Fall of Little Voice, The Baltimore Waltz, When I Was a Girl I Used to Scream and Shout, My Sister in this House, Playing for Time, A Taste of Honey, The Visit, and Medea. She has performed at many Washington theatres including Woolly Mammoth Theatre Company, Ford’s Theatre, Round House Theatre, Shakespeare Theatre Company, Arena Stage, Folger Theatre, Washington Stage Guild, Signature Theatre, and The Kennedy Center. Sarah has taught acting for 30 years and currently teaches at Georgetown University. 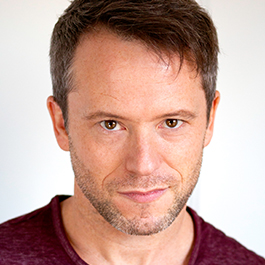 Christian Conn previously played Thomas in Venus in Fur at Studio Theatre. New York credits include Desire Under the Elms on Broadway, The Metromaniacs and The School for Scandal at Red Bull Theater, The Liar at Classic Stage Company, and Fulfillment at The Flea Theater. DC credits include the world premieres of The Metromaniacs and The Liar at Shakespeare Theatre Company, as well as last season’s The Comedy of Errors. Other recent regional work includes Frost/Nixon at Bay Street Theater, The Importance of Being Earnest at The Old Globe, Other Desert Cities at the Guthrie Theater, God of Carnage at Theatre Aspen, and three seasons with the Eugene O’Neill Theater Center. Television, film, and gaming work includes Jack Ryan, The (718), Tough Crowd, and Tom Dickens in Red Dead Redemption II. Christian earned a BFA from Rutgers University. 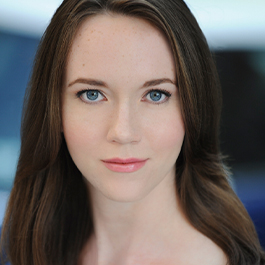 Amelia Pedlow recently appeared in New York in the world premiere of Intelligence at New York Theatre Workshop for Next Door at NYTW. Other Off Broadway credits include The Metromaniacs and ‘Tis Pity She’s a Whore with Red Bull Theater, the world premiere of Kate Hamill’s Pride and Prejudice with Primary Stages, The Liar and The Heir Apparent with Classic Stage Company, and You Never Can Tell with The Pearl Theatre Company. Regional credits include Love’s Labour’s Lost at Folger Theatre; Playing with Fire at the Guthrie Theater; Fortune at Hangar Theatre; Pride and Prejudice and The General from America with Hudson Valley Shakespeare Festival; Red Velvet and The Metromaniacs with The Old Globe; The Metromaniacs, A Midsummer Night’s Dream, and The Merchant of Venice with Shakespeare Theatre Company; Ether Dome with La Jolla Playhouse, Hartford Stage, and Huntington Theatre Company; The Glass Menagerie, Hamlet, and The Liar with the Denver Center for the Performing Arts; Legacy of Light with Cleveland Play House; and The Diary of Anne Frank with Virginia Stage Company. Her television credits include The Good Wife, Blue Bloods, Shades of Blue, and The Blacklist. She received her BFA from The Juilliard School. 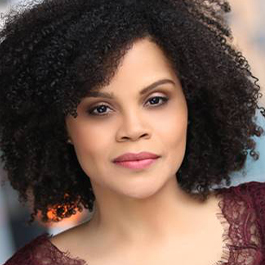 Tiffany M. Thompson recently appeared as Chelle in Detroit '67 at the Detroit Public Theatre. Other productions include Diana Goodman in Next to Normal, Lady Capulet in Romeo and Juliet, Fabian in Twelfth Night, and Anna Mae/Afua in By the Way, Meet Vera Stark. Tiffany also was cast as Leafy Lee in Polk County by Zora Neale Hurston in a joint production with the McCarter Theatre Center and Berkeley Repertory Theatre, and also as Mattie Campbell in August Wilson's Joe Turner's Come and Gone at Berkeley Repertory Theatre, directed by Delroy Lindo. Tiffany has a BFA from SUNY Purchase and an MFA from Wayne State University.

Daniel Conway has designed more than two dozen plays for Studio Theatre including Three Sisters and No Sisters, The Aliens, and his Helen Hayes Award-winning design for Hand to God. His recent work on Macbeth for Chicago Shakespeare Theater and The Scottsboro Boys for Signature Theatre was featured in the 2019 Prague Quadrennial of World Stage Design and Performance Art. He is currently designing Singin’ in the Rain for Olney Theatre Center. Other regional credits include work for Arena Stage, Signature Theatre, Ford’s Theatre, Woolly Mammoth, Cincinnati Playhouse in the Park, The Cleveland Play House, Shakespeare Theatre Company, South Coast Rep, Milwaukee Rep, A.R.T., The Kennedy Center, and Boston Lyric Opera. Daniel is the designer for the performance artists/magicians Penn and Teller. Awards include 14 Helen Hayes nominations and four awards for Outstanding Set Design, nominations for the Los Angeles and Boston Critics Awards, and The Anderson-Hopkins Award for Sustained Contributions to Theatre in Washington DC.

Lauren Halvorsen is in her ninth season as Studio’s Associate Literary Director. Her dramaturgy credits here include Pipeline, Doubt, P.Y.G. or the Mis-Edumacation of Dorian Belle, Admissions, Kings, If I Forget, Vietgone, The Wolves, Skeleton Crew, The Father, Three Sisters, The Hard Problem, Hand to God, Moment, Between Riverside and Crazy, Chimerica, The Wolfe Twins, Belleville, Water by the Spoonful, Tribes, The Real Thing, The Motherfucker with the Hat, The Aliens, Bachelorette, The Big Meal, and Time Stands Still. Previously, Lauren spent three seasons as Literary Manager of The Alley Theatre. She was the Artistic Associate of the WordBRIDGE Playwrights Laboratory for six years and has worked in various artistic capacities for The Kennedy Center, City Theatre Company, Eugene O’Neill Theater Center, First Person Arts Festival, and The Wilma Theater. Lauren is a graduate of Bryn Mawr College.

Zach Campion is a freelance voice, speech and dialect coach originally from San Antonio, TX. Recent credits at Studio include coaching dialect for P.Y.G. or the Mis-Edumacation of Dorian Belle, Kings, The Remains, Vietgone, Hand to God, and Terminus. Other DC credits include the world premiere of Kleptocracy, Indecent, Sovereignty, The Price, and Smart People at Arena Stage; The Wiz at Ford’s Theatre; Matilda, Tiger Style, Oil, Labour of Love, The Invisible Hand, Aubergine, Annie, My Fair Lady, Sweeney Todd, and Angels in America (Parts 1 & 2) at Olney Theatre Center; and the world premiere of The Gulf and Heisenberg at Signature Theatre. Zach is a certified teacher of Fitzmaurice Voicework ® and is a member of the Studio Acting Conservatory faculty. He holds MFA in Theatre Pedagogy from Virginia Commonwealth University and a BFA in Performance and Production from Texas State University.

Lauren Pekel returns to Studio Theatre after stage managing last season’s Bright Colors and Bold Patterns. Additional Studio stage management credits include Cry It Out and Vietgone, in addition to her numerous assistant stage management credits with Studio including P.Y.G. or the Mis-Edumacation of Dorian Belle, Skeleton Crew, The Father, and No Sisters, among others. Her DC theatre credits include productions with Woolly Mammoth, Theater Alliance, Imagination Stage, and Arts on the Horizon. Regionally, she has worked with the San Francisco Opera’s Merola Opera Program, the American Conservatory Theatre in San Francisco, and Skylight Music Theater in Milwaukee, among others. Lauren is an alumna of the University of Wisconsin Milwaukee’s Theatre Program, with a BFA in Stage Management, and is a proud member of Actors' Equity Association.

❝
Sarah Marshall performs a little miracle in Doubt.
The Washington Post
❝
A gripping intellectual drama.
Broadway World
❝
A durable tale, as relevant now as it was when it was written.
DC Metro Theater Arts 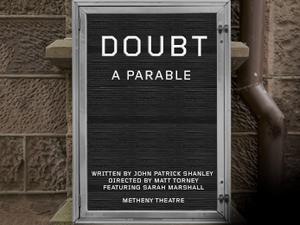 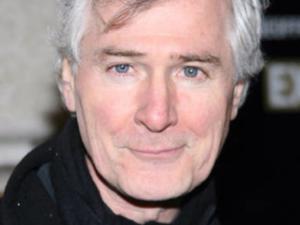 About the Playwright: John Patrick Shanley 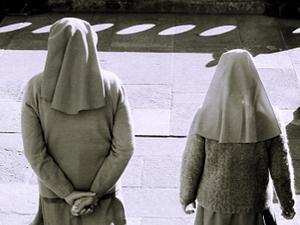 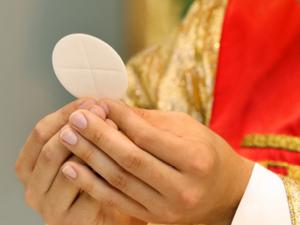 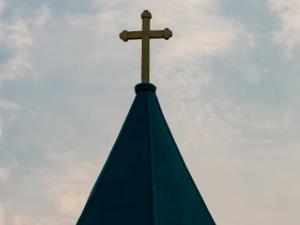 The Confrontations and Convictions of Doubt 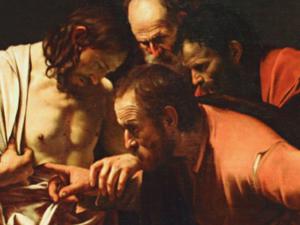 Pride: Bring Right at All Costs