Spokaoke is a karaoke bar unlike any other: Instead of Top 40, Annie Dorsen has curated a Top 100. Take the mike for one of 100 political speeches from Jesus’s “Sermon on the Mount” to Sojourner Truth’s “Ain’t I a Woman” to George W. Bush’s “Mission Accomplished” to Cher Horowitz’s “Should All Oppressed People be Allowed Refuge in America” from Clueless. Here’s your chance to play with power: Who needs ABBA when you’ve got Sarah Palin? 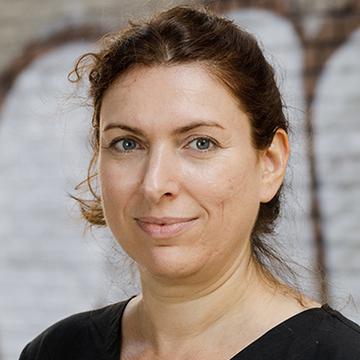 Annie Dorsen is a director and writer whose works explore the intersection of algorithms and live performance. Her most recent project, Infinite Sun, is an algorithmic sound installation commissioned by the Sharjah Biennial 14. Previous performance projects, including The Slow Room (2018), The Great Outdoors (2017), Yesterday Tomorrow (2015), A Piece Of Work (2013), Spokaoke (2012) and Hello Hi There (2010), have been widely presented in the US and internationally. Venues include The Festival d'Automne de Paris, Holland Festival, BAM's Next Wave Festival, New York Live Arts, Kampnagel Summer Festival, ImPulsTanz, and The New York Film Festival's Views from the Avant-garde. She is the co-creator of the 2008 Broadway musical Passing Strange. She has received a 2018 Guggenheim Fellowship, the 2018 Spalding Gray Award, a 2016 Foundation for Contemporary Arts Grant to Artists, and the 2014 Herb Alpert Award for the Arts in Theatre. She is a Visiting Professor at The University of Chicago. 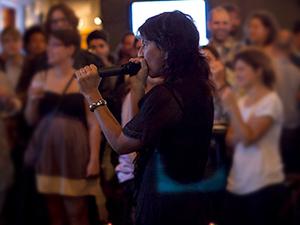 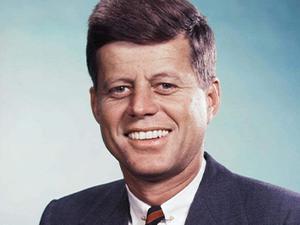 Great Speeches Throughout History in the Spokaoke Catalog