Dorian Belle is a big deal. He’s a Canadian pop sweetheart, and he’s ready to be taken seriously. So his people hire his favorite hip-hop artists—Black and Alexand, the ‘bad boy’ rappers of Petty Young Goons—to help him toughen up his image. They’re black, he’s white. They’re from Chicago, he’s from Canada. It’s all on reality TV. What could go wrong? Inspired by Shaw’s Pygmalion, this world premiere is a blistering and entertaining look at cultural and racial appropriation in a fictionalized exchange of ideologies, vernacular, and alleged street cred.

Runtime: P.Y.G. or the Misedumacation of Dorian Belle will run approximately 1 hour and 50 minutes with no intermission.
Environmental Warnings: This production features strobe lights and water-based smoke and haze.

P.Y.G. is generously underwritten
by David and Jean Heilman Grier. 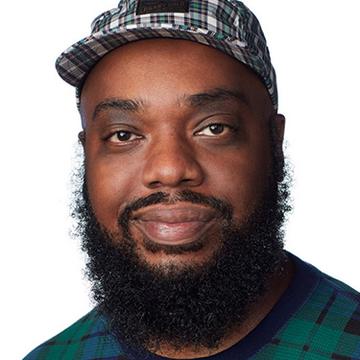 Tearrance Arvelle Chisholm was last seen in DC with his play Hooded: Or Being Black for Dummies at Mosaic Theater (Helen Hayes Nomination: Charles MacArthur Award for Outstanding Original New Play or Musical); Mosaic will revive the production in the spring of 2018. Currently, Tearrance’s play Br’er Cotton is running in a critically acclaimed production by London’s Theatre 503. Br’er Cotton is also in the middle of an NNPN Rolling World Premiere, with productions at Kitchen Dog Theater in Dallas, Lower Depth Ensemble in Los Angeles and Cleveland Public. Tearrance previously developed his newest play, P.Y.G., at the Magic Theater’s Virgin Play Festival and at Juilliard.

He has developed new works with Signature Theatre, Theatre J, Theatre Alliance, and The Kennedy Center American College Theatre Festival. He has held residencies at The Bay Area Playwrights Festival, The Virginia Center for Creative Arts, Djerassi Resident Artists Program, and The Eugene O’Neill National Playwrights Conference. He was a finalist for the Inaugural Relentless Award and the Theatre 503 Playwriting Award. Tearrance received two of the 2016 National KCACTF awards—the Rosa Parks Playwriting Award and the Lorraine Hansberry Playwriting Award. Tearrance was a part of the Pacific Playwrights Festival at South Coast Rep with his play Anacostia Street Lions. He developed the play Black Lady Authority under the auspices of the Sundance Theater Lab.

Tearrance holds an MFA in Playwriting from the Catholic University of America. He is about to graduate from the Lila Acheson Wallace American Playwrights Program at Julliard, and is a Sundance Institute and Time Warner Foundation Fellow, and a 2050 Fellow at New York Theater Workshop. 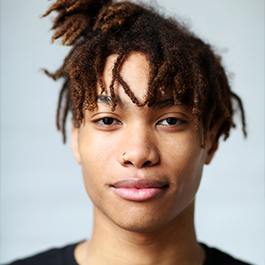 Seth Hill is making his DC debut at Studio Theatre. Select regional credits include When January Feels Like Summer at Underground Railway Theater and Red Velvet at the Plaza Theatre. Seth holds a BFA in acting from Boston University. 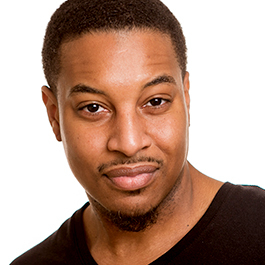 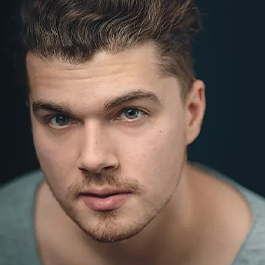 Simon Kiser joins Studio for the first time after the National Players’ 69th tour, featuring Othello, The Great Gatsby, and Alice in Wonderland. Select regional credits include workshops with DC’s Imagination Stage and Theater J, Much Ado About Nothing with Boston’s Commonwealth Shakespeare Company, Grease and The Three Musketeers with Americana Theatre Company, and Oscar @ The Crown with the American Repertory Theater. Additionally, Simon has composed and scored several dozen plays, musicals, and films; his work was most recently featured in The Wheel Theatre Company’s production of The Seagull. He holds a high school drama degree from UNC School of the Arts and a BFA in Theatre and Performance from Emerson College.

Richard Ouellette’s recent design credits include Hand to God at WaterTower Theatre, Erminia for Opera Lafayette, The Freshest Snow Whyte for Imagination Stage, Orfeo ed Euridice at the Maryland Opera Studio, Elemeno Pea at the ART Institute, and Clove at the University of Maryland. Upcoming associate design credits include Mary Stuart at Olney Theatre Center. Past associate credits include Jelly’s Last Jam at Signature Theatre. Richard was the studio assistant for David Korins for Beetlejuice at the National Theatre. He holds an MFA from the University of Maryland.

Jesse Belsky previously designed P.Y.G. or The Mis-Edumacation of Dorian Belle, The Remains, The Effect, Three Sisters, No Sisters, and Animal at Studio Theatre. Regional credits include The Magic Play at Portland Center Stage, Syracuse Stage, and Actors Theatre of Louisville; Lydia and Rough Crossing at Yale Repertory Theatre; and The Year of Magical Thinking at PlayMakers Repertory Company. DC designs include Who’s Afraid of Virginia Woolf? at Ford’s Theatre; J.Q.A. and The Year of Magical Thinking at Arena Stage; Oslo, Handbagged and Book of Will at Round House Theatre; The Mystery of Love & Sex at Signature Theatre; Henry IV P1, Winter’s Tale, Sense & Sensibility, and A Midsummer Night’s Dream at Folger Theatre; Labour of Love, The Invisible Hand and The Magic Play at Olney Theatre Center. Jesse holds a BA from Duke University and an MFA from the Yale School of Drama, and he has taught lighting design at Connecticut College and UNC Greensboro.

Danielle Preston’s recent design credits include the world premieres of Long Way Down, Darius & Twig, and Where Words Once Were at the Kennedy Center; Fences at Florida Repertory Theatre; Ain’t Misbehavin and Murder for Two at Totem Pole Playhouse; Roz & Ray, The Christians, and The How & The Why at Theater J; Other Desert Cities at Triad Stage; Mnemonic and The Raid at Theater Alliance; Fly By Night, Jesus Hopped the ‘A’ Train, The Farnsworth Invention, and Hero’s Welcome at 1st Stage; and The Fredrick Douglass Project at Solas Nua. She holds an MFA from UNC School of the Arts in Costume Design.

Gabriel Clausen makes his Studio Theatre debut. His recent sound designs include Skeleton Crew at PlayMakers Repertory Company, How I Learned What I Learned at Riverside Theater, A Christmas Carol and And Then There Were None at Triad Stage, Intimate Apparel with Pyramid Theatre Company, The Snowy Day and Other Stories at Children’s Theatre of Charlotte, and Baskerville: A Sherlock Holmes Mystery at Cape Fear Regional Theatre. He also produced the album, O Henry, from the artist Demeanor, which was released on January 25, 2019. He holds a BS in History from Iowa State University and an MFA from UNC School of the Arts. He is currently Visiting Faculty at UNC School of the Arts and Guilford College.

Tony Thomas is an independent artist working in a wide range of entertainment mediums. Local credits include Caucasian Chalk Circle and Aida at Constellation Theatre, The Freshest Snow Whyte and You’re A Good Man Charlie Brown at Imagination Stage, Word Becomes Flesh (2016 Helen Hayes Nominee - Choreography, Helen Hayes Award - Outstanding Production) at Theater Alliance, and The Shipment at Forum Theatre. Some performance credits include Black Nativity (2011 and 2016) at Theater Alliance, Guys & Dolls and A Chorus Line (2014 Helen Hayes Award-Outstanding Musical Production) at Olney Theatre Center, and the national tour of West Side Story. He is on the creative faculty at Adventure Theatre MTC, Ngoma Center for Dance, and serves on numerous workshop and convention circuits. As an interior architect, Tony runs Tony Thomas Designs, which was developed in 2004 as a bi-coastal design practice in residential/hospitality design.

Becky Reed has previously stage managed No Sisters and The Effect at Studio Theatre. Other DC-area credits include The Cerulean Time Capsule and Elephant and Piggie’s We Are In A Play! (National Tour) with the Kennedy Center Theater for Young Audiences; Macbeth and King John with Folger Theater; Marjorie Prime and I And You at Olney Theatre Center; Ain’t Misbehavin’ at Signature Theatre, Happy Hour with Spooky Action Theater and machina eX; and Copenhagen, Everything Is Illuminated, and Becoming Dr. Ruth at Theater J. Becky has worked as an assistant stage manager at many DC-area theaters, including Opera Lafayette, Olney Theatre Center, Rep Stage, Signature Theater, Theater J, and Woolly Mammoth Theatre Company. Becky has a BFA in Theater Production and Management from Auburn University. 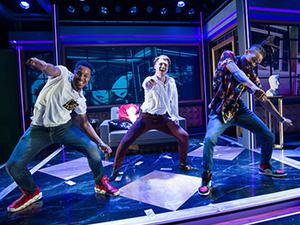 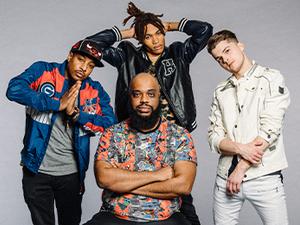 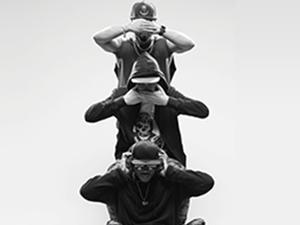 Listen Up: An Introduction to Hip-Hop, Spotify playlist