Could you name a hundred things that make life wonderful? A thousand? How about a million? When he was 7, a boy’s mother attempted suicide. In response, he started a list of things to live for. As he grows up, the list takes on a life of its own. From “Ice Cream” (#1 on the list) to “the Alphabet” (#999,997), Every Brilliant Thing shines a hilarious and compassionate light on dark corners of the human condition. Written by Studio Cabinet member Duncan MacMillan (1984, Lungs), and coming from a sold-out run last year, Studio brings Olney Theatre Center’s production to DC for SHOWROOM. A play about depression, resilience, and the lengths we will go to for those we love—told in collaboration with the audience. 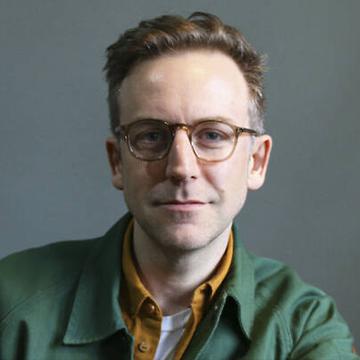 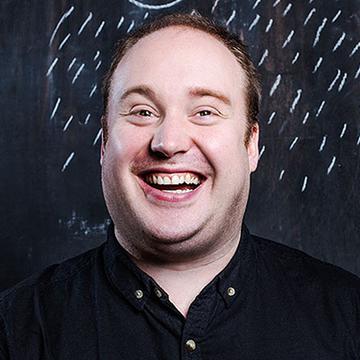 Jonny Donahoe's one-man show Every Brilliant Thing, which he co-wrote and originally performed, has played more than 600 times over four continents, including five months off-Broadway at The Barrow Street Theatre. The show was filmed by World of Wonder and screened as a special on HBO. He was nominated for a Drama Desk Award, Lucille Lortel Award, and an Off-Broadway Alliance Award for his performance.

He is the frontman of musical-comedy-satirists Jonny and The Baptists, as well regularly performing stand-up in his own right. His play 30 Christmases, starring himself and Rachel Parris, premiered at The Old Fire Station in Oxford, England, before transferring to the New Diorama Theatre in London. Additional projects include his 12-part series on parenthood with real-life partner Josie Long called Josie and Jonny Are Having a Baby (With You) for American Podcast Network, Stitcher. 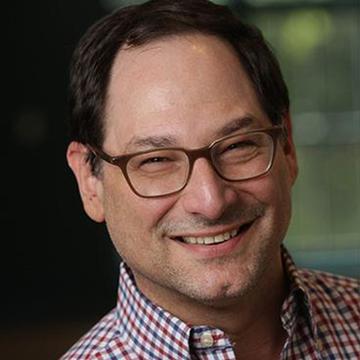 Jason Loewith won Lucille Lortel, Outer Critics Circle, Joseph Jefferson and After Dark Awards for Best New Musical for Adding Machine: A Musical. He produced the world premiere at Chicago’s Next Theatre Company in 2007, where he served as Artistic Director from 2002-2008. Under his leadership, The Next Theatre Company received two After Dark Awards for Outstanding Season (03-04 and 05-06), as well as multiple Joseph Jefferson, After Dark, and Black Theatre Alliance Awards. Directing credits at Next include the Chicago premieres of Dying City, Defiance, The Long Christmas Ride Home, Omnium Gatherum and Fabulation; the American premiere of The UN Inspector; the world premiere of The American Dream Songbook and the upcoming world premiere of his new adaptation, War With the Newts in 2010. He is a three-time NEA grantee for Artistic Excellence. Prior to his work at Next, Jason served two years as Artistic Administrator at Chicago’s Court Theatre, and five years as General Manager of the Off Broadway theatre Classic Stage Company. He moved to Washington in 2008 to join the National New Play Network, where he serves as Executive Director. 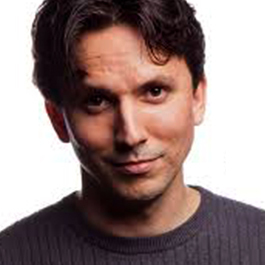 Alexander Strain is making his debut at Studio Theatre with Every Brilliant Thing. Other DC area credits include Oslo, Glengarry Glen Ross, My Name is Asher Lev, and Seminar at Round House Theatre; New Jerusalem, The Whipping Man, Honey Brown Eyes, and Pangs of the Messiah at Theater J; The Master and Margarita at Constellation Theatre Company; Tribes and The School for Scandal at Everyman Theatre; and Bach at Leipzig and In the Heart of America at Rep Stage. He has been nominated for four individual and six ensemble Helen Hayes Awards. He is BFA graduate of NYU's Tisch School of the Arts and MA graduate of Marymount University's Legal and Forensic Psychology program.

Paige Hathaway is a freelance scenic designer based in the DC area. Her credits include Ain't Misbehavin', John, and The Gulf at Signature Theatre; A Doll’s House Part 2, How I Learned to Drive, The Book of Will, and Or at Round House Theatre; The Queens Girl Repertory at Everyman Theatre; Familiar at Woolly Mammoth Theatre Company; and Talley's Folly, Trayf, Becoming Dr. Ruth, and Everything is Illuminated at Theater J. Regionally, she designed Jerome Robbins’ Broadway and A Chorus Line at The Muny, A Midsummer Night’s Dream at Arden Theatre Company, and Sweat at the Asolo Repertory Theatre.

Debra Kim Sivigny recently designed scenery and costumes for Klytmnestra at Theater Alliance. Other recent credits include The Member of the Wedding at 1st Stage, Vietgone at Company One Theatre, Twilight LA: 1992 at Rep Stage, She a Gem at The Kennedy Center’s Theater for Young Audiences, and Huckleberry Finn’s Big River at Adventure Theatre. As a member of The Welders, she wrote and set designed Hello, My Name Is... which will be exhibited at the 2019 Prague Quadrennial. She received the Helen Hayes Award for Outstanding Scenic Design for her work on Forgotten Kingdoms at Rorschach Theatre and is a five-time Helen Hayes nominee.

Ryan Gravett is the Sound Engineer and Assistant Production Manager at the Nazareth College Arts Center in Rochester, NY. Previously he was the Sound Supervisor at Olney Theatre Center and Live Mix Engineer at Shakespeare Theatre Company. He has been found touring North America and the world with the national tours of Chicago, Hair, and The Producers, and has worked at Walt Disney World, for Royal Caribbean Cruise Lines, and Off Broadway. Sound designs include A Christmas Carol and the original run of Every Brilliant Thing at Olney Theatre Center, and The Devil’s Music at George Street Playhouse, as well as numerous productions at The Ritz Theatre Co. and Surflight Theatre. This summer, Ryan will be the Sound Designer and Sound Supervisor for the James Charles: Sisters Tour.

Jane Behre has worked in the DC area on productions of Every Brilliant Thing at Olney Theatre Center and Ghostlight: A Holiday Story. New York credits include Completeness at West of 10th and Stop/Kiss at Glicker-Milstein Summer Theatre Festival. Selected educational designs for Barnard College and Columbia University include Some Hero (thesis) and The 123rd Annual Varsity Show. 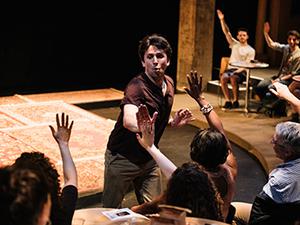