WRITTEN AND PERFORMED BY STACEYANN CHIN
DIRECTED BY MATT TORNEY

As a teenager in Jamaica, Staceyann Chin lived in fear of an unwanted pregnancy. As a lesbian performance poet in Brooklyn in her ever-later 30s, she craves nothing more than a child…only to face twists of love, biology, and health insurance. A hilarious, intimate, and heart-shaking story of the best-laid plans and hairpin turns with a magnetic performance from Staceyann Chin (Def Poetry Jam).

Runtime: 90 minutes with no intermission. 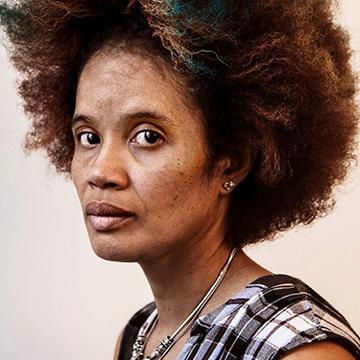 Staceyann Chin is the playwright and performer of MotherStruck. She is also the recipient of the Power of the Voice Award from The Human Rights Campaign, the Safe Haven Award from Immigration Equality, the Honors from the Lesbian AIDS Project, the New York State Senate Award, and the American Heritage Award from American Immigration Council. She identifies as Caribbean and Black, Asian and lesbian, woman, resident of New York City, and a proud Jamaican National. Ms. Chin has been featured on the Oprah Winfrey Show. Widely known as cowriter and original performer in Russell Simmons’ Tony Award-winning Def Poetry Jam on Broadway, her poetry has been presented to rousing cheers at the Nuyorican Poets’ Café, in one-woman shows Off-Broadway, and at writing workshops in Sweden, South Africa, and Australia. Ms. Chin’s three one-woman shows, Hands Afire, Unspeakable Things, and Border/Clash all opened to rave reviews at the Culture Project in New York City. She is also the author of her memoir The Other Side of Paradise. 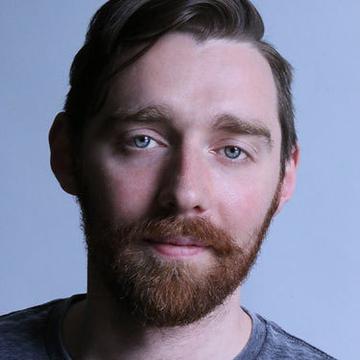 Matt Torney is entering his fifth season as Associate Artistic Director at Studio, where he has previously directed If I Forget, Translations, The Hard Problem, MotherStruck!, Hedda Gabler, Jumpers for Goalposts, The New Electric Ballroom, and The Walworth Farce. Prior to his work at Studio, Matt served as the Director of Programming for Origin Theatre in New York, an Off Broadway company that specializes in European new writing. His New York credits include Stop the Tempo and Tiny Dynamite at Origin Theatre (Drama Desk Award nominee), The Twelfth Labor at Loading Dock, The Dudleys at Theatre for the New City, The Angel of History at HERE Arts, and Three Sisters and A Bright Room Called Day at the Atlantic Theatre School. Regional credits include Brighton Beach Memoirs at Theatre J (nominated for two Helen Hayes Awards), Sherlock Holmes and the Crucifer of Blood and Observe the Sons of Ulster Marching Towards the Somme at Pittsburgh Irish and Classical Theatre, and Improbable Frequency at Solas Nua (Helen Hayes Award nominee for Best Choreography). International credits include Digging for Fire and Plaza Suite with Rough Magic (National Tour), Angola workshop at the Abbey Theatre, Paisley and Me at the Grand Opera House Belfast, The Last Days of Judas Iscariot at Making Strange (Irish Theatre Award nominee for Best Director), and Woyzeck at Rough Magic (Best Production nominee at the Dublin Fringe Festival). Originally from Belfast, Matt holds an MFA from Columbia University.

Dante Olivia Smith’s New York credits include Tonight With Donny Stixx, Dark Vanilla Jungle and Tender Napalm at The Shop; MotherStruck (Culture Project and Studio Theatre); Professor Brenner and Carcass at HERE Arts; Waiting for Waiting for Godot at The Collective; Suicide?! and Romeo & Juliet at Empirical Rogue as Resident Designer; Stabat Mater Fabulosa at Morningside Opera; In the Company of Jane Doe and Modern Dance for Beginners at Cake Productions. Other national credits include Warren (or) Those People at Boise Contemporary Theater, Monopoly and How Theatre Failed America with Mike Daisey, Final Broadcast at Umo Ensemble. Ms. Smith is also the creator of The Pandora’s Box Project, a multi-discipline artistic conversation exploring the issues of reproductive justice and gender parity in our culture.

Matthew M. Nielson recently designed and composed original music for Occupied Territories at 59E59 and Where Words Once Were at Lincoln Center. Other recent designs include the world premiere of Astoria, Parts I and II with Portland Center Stage; The Magic Play at Olney Theatre Center, Portland Center Stage, and Actor’s Theatre of Louisville; The Book of Will at Round House Theatre; Nina Simone: Four Women at Arena Stage; Shakespeare In Love at Baltimore Center Stage; and Treasure Island at Cincinnati Playhouse in the Park. Film and television credits include The Magicians, Stranger Things, Those Who Wait, NBC Sports, UFC on FOX, The Hero Effect, Epic Drive-In, The Discovery Channel, National Geographic, and Delivery.com. Mr. Nielson has received several Helen Hayes and film festival awards.

C. Renee Alexander is the Production Stage Manager for MotherStruck by Staceyann Chin. Ms. Alexander has also stage-managed Dear Elizabeth at The Women’s Project directed by Kate Whoriskey, The Apollo Theater Presents: Get on the Good Foot A Celebration of Dance 2015 Germany Tour, The Glass Menagerie and A Midsummer’s Night Dream at Masterworks Theatre Company, as well as being the Production Supervisor for those two works. Stage management credits include works for the Shakespeare Theatre Company, like The Oedipus Plays starring Avery Brooks and Earle Hyman, directed by Michael Kahn. International credits include stage managing Oedeon Herod Atticus in Athens, Greece, and being the Production Stage Manager for Cultural Center of the Philippines for the Mai-Yi Theatre Company’s Flipsoid performed during the Philippine Centennial Celebration.

❝
Motherstruck is an astonishing work
Theatermania
❝
funny, down-to-earth a bit heartbreaking
Broadway World
❝
I have never seen a solo performer who blew me away the way Staceyann Chin did
DC Metro Theater Arts 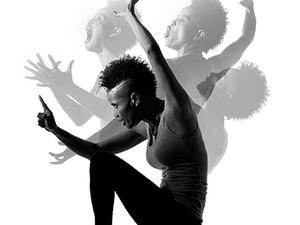 The Saints We Call Upon: Staceyann Chin's Motherstruck