WRITTEN AND PERFORMED BY CHARLAYNE WOODARD
DIRECTED BY BART DELORENZO

Studio Special Events bring unique performances and one-of-a-kind events from around the world to DC. 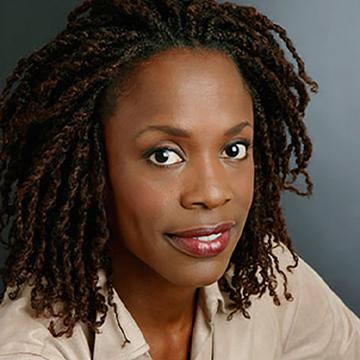 As an actress, Ms. Woodard was nominated for Tony and Drama Desk Awards for her role in the original Broadway company of Ain’t Misbehavin’. Her recent theatre credits include The Witch of Edmonton at Red Bull Theater (Obie Award) and the world premieres of Suzan-Lori Parks’ In The Blood (Obie Award), David Adjmi’s Stunning at LCT3, and Lynn Nottage’s Fabulation at Playwrights Horizons. Other credits include Athol Fugard’s Sorrows and Rejoicings at Second Stage (Audelco Award); The Good Person Of Setzuan, adapted by Tony Kushner, and The Caucasian Chalk Circle at the Public Theater. Regional credits include A Midsummer Night’s Dream at La Jolla Playhouse, The Taming of the Shrew at Shakespeare Theatre Company, and Ariel Dorfman’s Purgatorio at Seattle Rep.

Ms. Woodard’s recent film credits include Things Never Said, Unbreakable, Sunshine State, Million Dollar Hotel, The Crucible, Eye for an Eye, and Around The Fire. Her television credits include the starring role in the Showtime’s Run for the Dream: The Gail Devers Story; Oprah Winfrey’s The Wedding; and recurring roles on Law and Order: Special Victims Unit, ER, and Terminator: The Sarah Connor Chronicles.

Ms. Woodard serves on the Council of the Dramatists Guild of America. She has served on the boards of directors for The Sundance Institute (as an artistic trustee) and Manhattan Theatre Club. She completed a TCG/PEW Charitable Trust National Theatre Artist Residency Program Fellowship at Center Theatre Group and has taught at California Institute of the Arts. Ms. Woodard trained at the Goodman School of Drama and received an Honorary Doctorate of Humane Letters from DePaul University. She is a lifetime member of The Actors Studio. 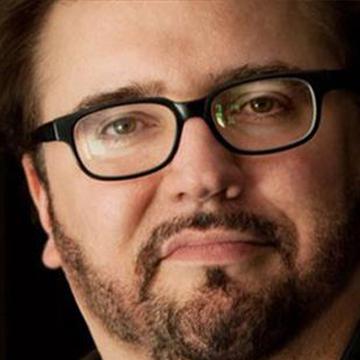 Michael Lincoln has designed Constellations, The Night Watcher, The Adding Machine: A Musical, Bachelorette, Venus in Fur, The History Boys, Grey Gardens, Privates on Parade, Take Me Out, and Topdog/Underdog, among many productions for Studio since 2000. He was also the lighting consultant for Studio Theatre’s building expansion and renovation in 2002. His work in New York City includes Copenhagen, Skylight, and More to Love on Broadway and Off Broadway productions of Mr. Goldwyn, The Bubbly Black Girl…, If Love Were All, Defying Gravity, and Bunny Bunny. Mr. Lincoln was the Associate Designer for Broadway’s Guys and Dolls, Six Degrees of Separation, and City of Angels. He has designed over 300 productions with other long associations at Indiana Repertory Theatre, Alley Theatre, and Cleveland Play House. He is currently serving as the Artistic Director of the Theater Division at Ohio University.

Brandee Mathies  has been Studio’s Costume Shop Manager since 1994. He has designed MotherStruck, This Is Our Youth, The Year of Magical Thinking, Stoop Stories, Rimers of Eldritch, A Number, The Syringa Tree, and Comic Briefs for Studio Theatre, as well as Moth, Contractions, A Beautiful View, Crestfall, and Polaroid Stories for Studio 2ndStage. DC area credits include Satchmo at the Waldorf at Mosaic Theater Co (Costume Designer);  Anything Goes and Spunk (Assistant Designer) at Howard University; The Wiz at Duke Ellington School of the Arts (Costume Designer); Blues for an Alabama Sky and Sunday in the Park with George (First Hand) at Arena Stage; and Black Nativity (Assistant Designer) at The Kennedy Center.

Erik Trester previously designed projections for the Studio Theatre productions of The Night Watcher, Rock ‘n’ Roll, Grey Gardens, A Number, This Is How It Goes, and The Long Christmas Ride Home. His Studio 2ndStage credits include The Rocky Horror Show, Bloody Bloody Andrew Jackson, Passing Strange, Fucking A, Jerry Springer: The Opera, Reefer Madness: The Musical, Dog Sees God: Confessions of a Teenage Blockhead, and autobahn. Mr. Trester is a graduate of Trinity College, Dublin.

Mary K. Klinger has stage managed on Broadway, in London, and across the country. She was the original stage manager for QED at Lincoln Center and for Angels in America at the Walter Kerr Theatre. Her national tours include Death of a Salesman and Teenage Mutant Ninja Turtles. Ms. Klinger worked for Center Theatre Group for 22 years where she stage managed over 60 productions including The Night Watcher, Radio Golf, Gem of the Ocean, School for Scandal, Intimate Apparel, Topdog/Underdog, The Molière Comedies, Slavs!, Spunk, and Jelly’s Last Jam. She spent four years in San Diego stage managing the summer repertory season for The Old Globe. Recently Ms. Klinger stage managed two productions for Shakespeare Theatre Company and four productions for Hartford Stage. She teaches stage management at the University of Southern California. Ms. Klinger is a proud member of Actors’ Equity Association. 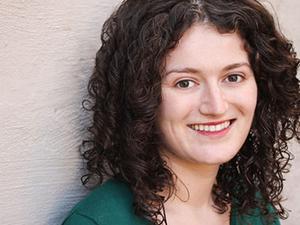 A NOTE FROM THE ASSOCIATE LITERARY DIRECTOR, LAUREN HALVORSEN 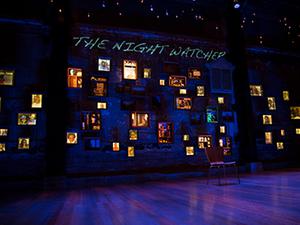 AN INTERVIEW WITH THE SCENIC DESIGN OF 'THE NIGHT WATCHER'